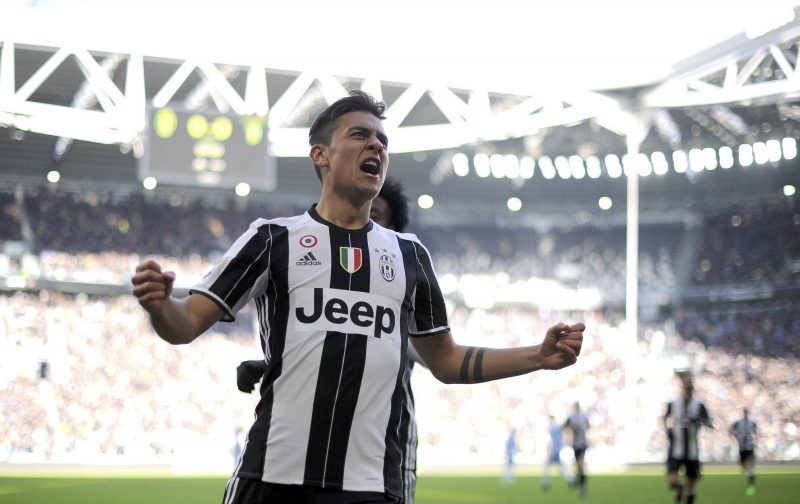 Chelsea fans have pin-pointed the man they want manager Antonio Conte to bring to Stamford Bridge this summer after a fine showing in the Champions League on Tuesday night.

Juventus striker Paulo Dybala turned on the style as the Italian giants dispatched Barcelona 3-0 in Turin in the first leg of their Champions League quarter-final.

The 23-year-old, who has now bagged 16 goals in all competitions so far this season, got the Serie A side off to an ideal start with his swivel a smart finish into the far corner after just seven minutes.

Not long later it was 2-0 when the Argentina international unleashed a fine first-time finish inside the box leaving Barca ‘keeper Marc-Andre ter Stegen helpless at the near post.

With Chelsea’s star man Eden Hazard persistently being linked with Spanish giants Real Madrid, many fans are keen to see Dybala turning out at Stamford Bridge next season.

Dybala is the type of player you wouldn’t mind your club going bankrupt to sign him. #CFC

If somehow we lose Eden Hazard in the summer, i already know who i want to replace him.

Imagine Conte pulling off an absolute madness this summer and picking up Alex Sandro and Dybala from Juve. Dream signings for me. #CFC