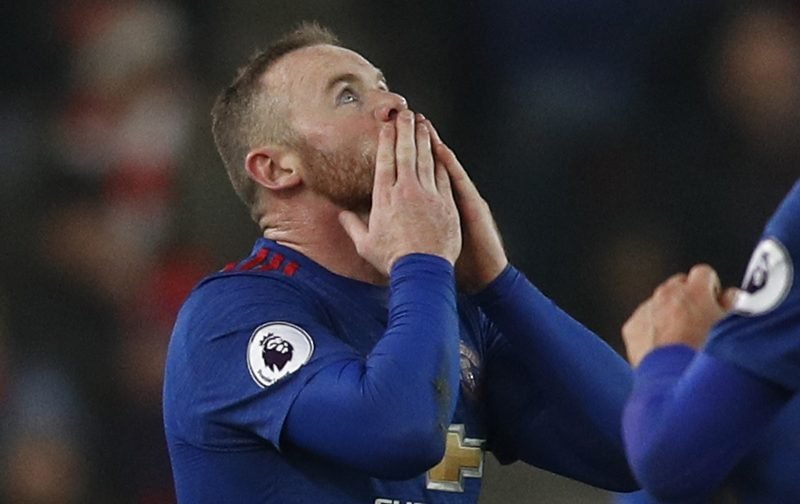 The Mirror are reporting that Wayne Rooney is reconsidering a move to China after being offered a lucrative deal from the Super League.

Manchester United’s record goal scorer would be just one of the many top stars to move to China in recent years.

Despite Rooney’s goalscoring record, he has struggled to maintain a regular starting place in Jose Mourinho’s side. The England international has been utilised as a number 9, a second striker and a centre-midfielder this season, but is yet to nail a permanent role in any position.

The 31 year-old came off the bench as United scraped past Hull 3-2 in the their League Cup semi-final.

Rooney, who arrived at Old Trafford in 2004, broke Bobby Charlton’s record last weekend by scoring his 250th goal for the club in a 1-1 draw with Stoke City.

The England man is available for the Red Devils meeting with Wigan Athletic in the FA Cup this Saturday.