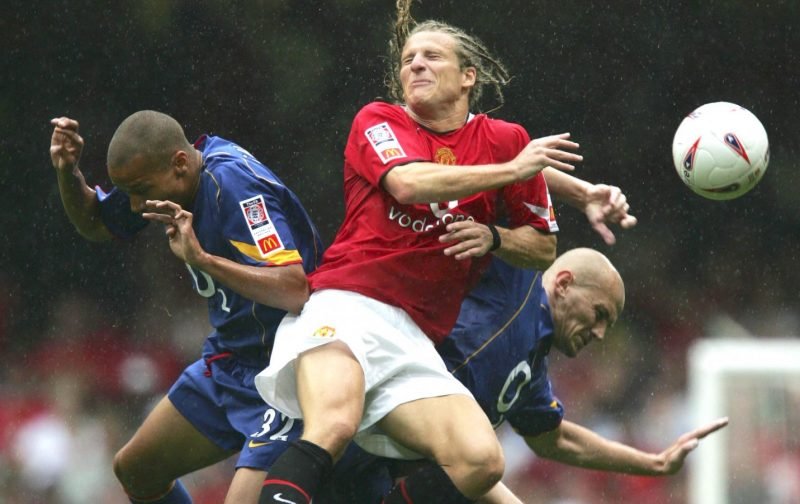 Former Manchester United striker Diego Forlan was back in the headlines after Jose Mourinho’s side won 3-0 against former manager David Moyes and his Sunderland side last week.

The travelling Red Devils fans began chanting the Uruguayan’s name which confused the Special One so much so that he quizzed Micheal Carrick for an explanation, after which he still wasn’t too convinced – take a look what happened at the Stadium of Light below…

Thanks to @EHE86 for the heads up! pic.twitter.com/Vi36iMYwai

I suppose that we all assumed that after a few likes and retweets that would have been that, but no, the 37-year-old has now cropped up admitting he’d love a return to Old Trafford, albeit as a fan not a player.

Writing in his column for The National – a paper in his home country – the former Red Devil, who scored ten goals in his two years under Sir Alex Furguson, wrote:

“Since I stopped playing in India in December, I have watched more games and have been planning a trip to see United.

“My idea is to meet these fans, to stand with them and watch a game from their perspective, something I could not do when I played.”

The Old Trafford faithful still regularly sing the name of their former hero and I’m sure a few bars from the man himself would go down a storm in the home end.