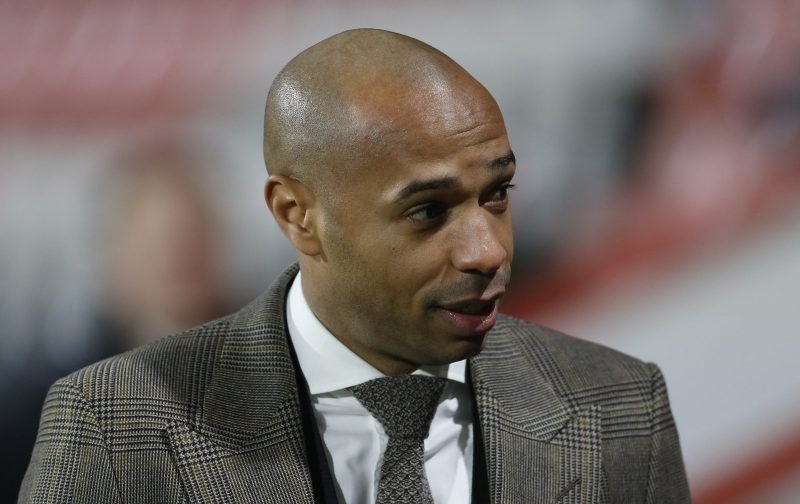 Arsenal legend Thierry Henry has insisted that his former club could still have a successful season, despite the saga surrounding The Emirates at the moment.

The Gunners, who were going well until Christmas when embarrassing defeats in Europe and at home in the Premier League derailed their season once again leading to repeated protests over the standing of manager Arsene Wenger.

With his old side, who face Manchester City at home this weekend, currently sat in sixth Henry, who scored 226 goals for the club under Wenger, told Sky Sports:

“But at the end of the day, winning the FA Cup and making the top four, it isn’t bad. A lot of clubs would like to do this.

“My thing is – because of the way this place is at the moment and the atmosphere, is it going to be enough? I don’t know.”

The north London side will face Pep Guardiola’s Sky Blues once again later this month at Wembley as they look to book their spot in a third FA Cup final in four years.