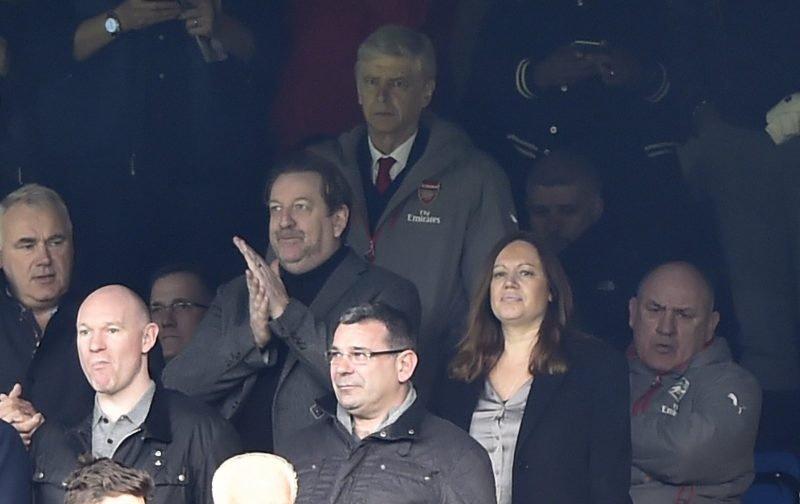 TalkSport and Sky Sports News HQ presenter Jim White has revealed just how much Arsenal manager Arsene Wenger and his board have available to spend.

The Deadline Day aficionado was speaking on his TalkSport shown when he claimed that the Gunners have a staggering £226.45m sat in their coffers to be invested in the squad.

Whether or not that figure is accurate in terms of how much is available to be spent on playing staff is questionable, however, it is worrying news for Arsenal fans, and something which White himself is perplexed by.

“Is there another team in England with that much cash?”

The Gunners faithful were enraged at their manager after Saturday’s loss to Chelsea at Stamford Bridge all but put an end to their Premier League title hopes for another season.

Fans who have found fame through mediums such as Arsenal Fan TV hammered the Frenchman, who has been at the helm for over two decades, after goals from Marcos Alonso, Eden Hazard and former Gooner Cesc Fabregas gave the Blues a 12 point lead over their north London rivals.