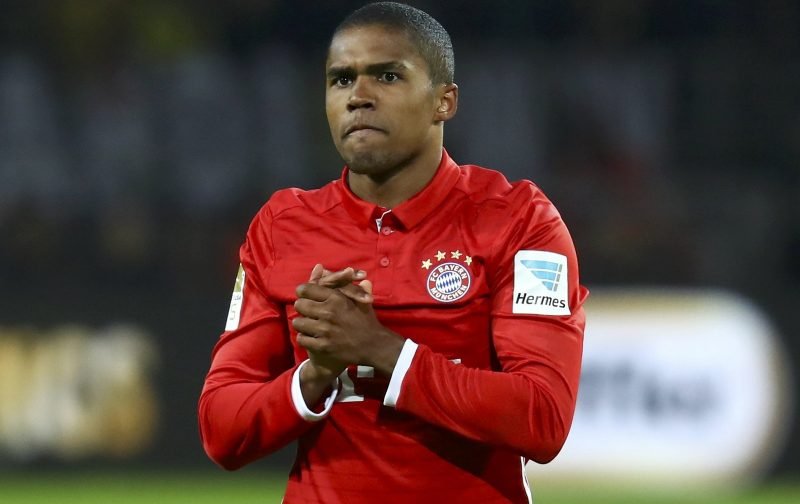 It has been a bad weekend for Tottenham fans. Having seen their side put an incredible shift in at Wembley Stadium on Saturday, only to lose to two outstanding Chelsea goals in the FA Cup semi-final.

Having come to terms with the fact their London rivals had knocked them out, Spurs fans will be far from pleased to hear that, according to reports from the continent (via Get German Football), top four contenders Liverpool are leading the way to sign one of Mauricio Pochettino’s summer targets.

Bayern Munich winger Douglas Costa, who has been in and out of the German side all season through injury and could be available this summer.

With that in mind both Liverpool and Tottenham have been credited with interest in the Brazilian international, as have Italian giants Juventus, however, it is Jurgen Klopp’s side who are in the driving seat.

Costa has picked up trophies wherever he has played with five Ukrainian League titles and one Bundesliga medal to his name, as well as a host of other honours.