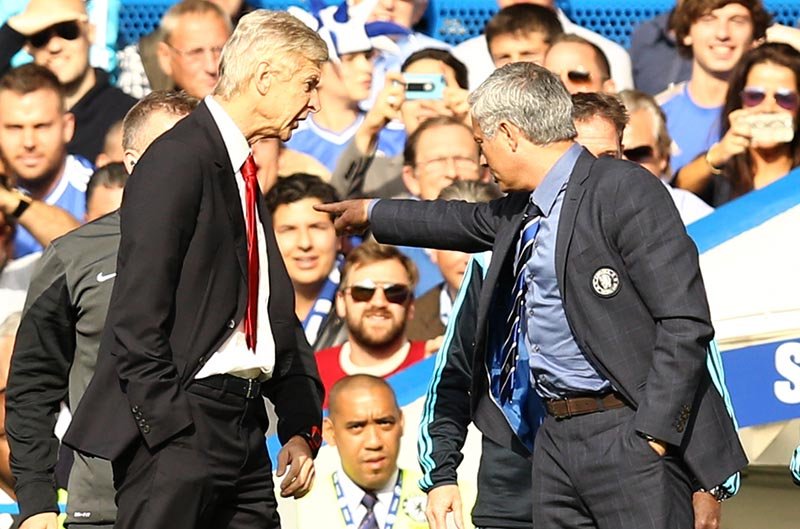 Jose Mourinho is expecting the FA to throw the book at Arsene Wenger as a result of the Arsenal boss’s misconduct offence.

Wenger was charged by the FA for pushing fourth official Anthony Taylor during his side’s dramatic 2-1 win over Burnley on Sunday.

The Independent report that Mourinho who has fallen foul of the FA’s punishments in the past and is licking his lips over Wenger’s misconduct charge.

Asked what punishment Wenger deserves, Mourinho said: “I never pushed the referee – so I don’t have a comparison. So I have no idea.”

Wenger is potentially facing a heavy fine and/or a touchline ban. Mourinho in the past has blasted the FA for being more punitive on him than on Wenger.

The pair infamously were involved in a touchline bust-up in 2014 which resulted in Wenger pushing the Portuguese boss a number of times. However no punishment came the Arsenal manager’s way.

At the time Mourinho said: “If it was me it would have been a stadium ban.”