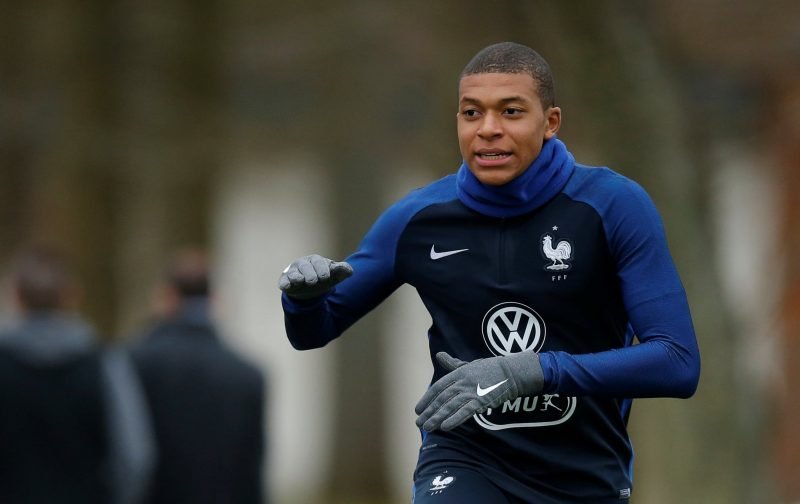 There is an exciting summer ahead for Manchester United fans as Jose Mourinho looks to continue his big money revolution at Old Trafford with a number of big name signings once again.

However, it looks as if an old employer of the Portuguese’s will be looking to scupper his summer plans as reports from French outlet L’Equipe are claiming that Real Madrid are plotting to launch a record-breaking £85m bid to land Monaco sensation Kylian Mbappe.

The teenager, who has been linked with Manchester United ahead of the summer window opening, has been in sensational form this season scoring 21 goals in all competitions to help the young Monaco side to the top of Ligue 1 and into the Champions League semi-finals.

With Madrid floating such a fee it seems any deal for the 18-year-old will break the record fee for a teenage player, set by United when they signed Anthony Martial from Monaco in 2015.