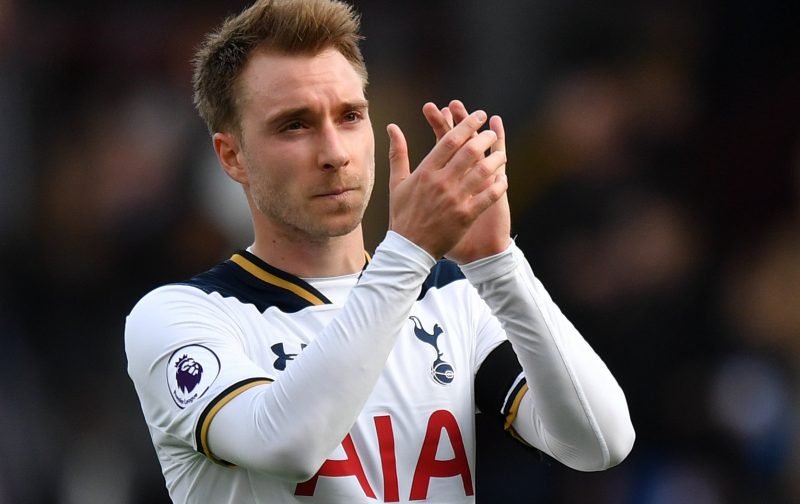 Tottenham playmaker Christian Eriksen was a shining light in an impressive performance from Mauricio Pochettino’s side during their defeat to Premier League leaders Chelsea at the weekend and according to one former manager, he is ready for more.

Former Ajax manager Frank de Boer, who worked with the Danish international at the Eredivisie club, has claimed that the 25-year-old is ready to take a significant step in his career.

“I think he can have a wonderful career”, Eriksen’s former boss told Danish newspaper Ekstra Bladet.

“First Ajax, then Tottenham, and then the highest level.

“I think he’s ready for a step higher.

“He has everything that a Barcelona player must have. He has an overview, he has a work ethic, and he kicks well with both feet.”

The playmaker was in fine form under the arch on Saturday, teeing up both Harry Kane and Dele Alli with remarkable assists for both of Tottenham’s goals, and Spurs fans will be hoping to see more of the same when they take on Crystal Palace tonight.

Pochettino’s side are in desperate need of a win after title rivals Chelsea beat Southampton 4-2 at Stamford Bridge last night to make the gap at the top seven points.