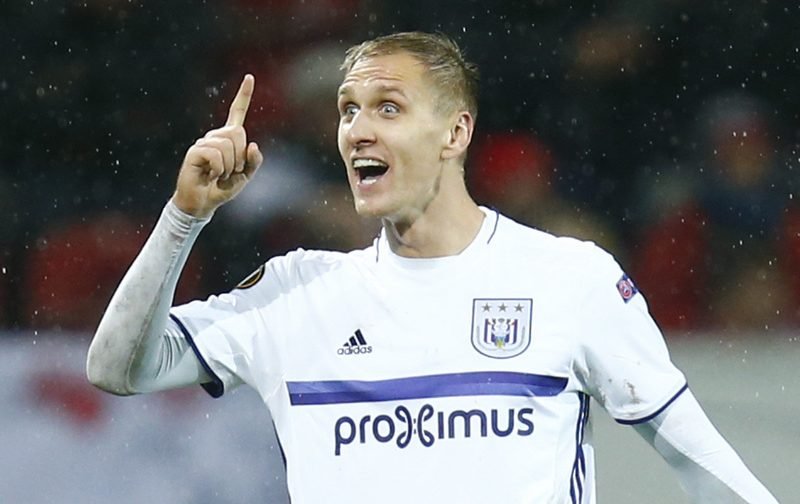 Lukasz Teodorczyk could be heading to The Hawthorns this summer as Tony Pulis eyes up a bid for the Polish striker, who’s been taking the Belgian league by storm at Anderlecht, while on loan from parent club Dynamo Kiev, according to the latest reports from Anderlecht Online.

The 25-year-old has been prolific this season, bagging 28 goals in all competitions, and has attracted interest from the likes of Everton and AC Milan, not to mention Anderlecht themselves, who want to sign Teodorczyk on a permanent deal.

With uncertainty still surrounding the future of former Anderlecht star Romelu Lukaku, it’s not a given that Everton will definitely be prepared to go all out for Teodorczyk if they can convince Lukaku to stay at Goodison Park.

Milan offer a real possibility for the Polish striker and wouldn’t be put off by the price tag, expected to be around €15m-€20m.

The Baggies may have their work cut out convincing Teodorczyk his future lies with the club, but if they do, they could have a striker who would offer them a real chance of qualifying for Europe.