Wilshere injury “not major” according to Bournemouth manager 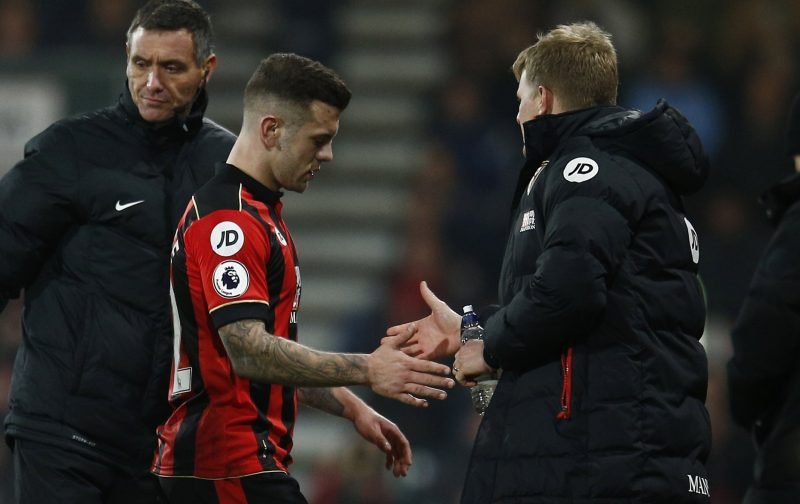 Both Bournemouth and Arsenal fans would have held their breath when midfielder Jack Wilshere was brought off before half time in the Cherries’ Monday Night Football clash with Manchester City.

Raheem Sterling’s opener coupled with a Tyrone Mings own goal sealed defeat for Eddie Howe’s side on the night, but there will have been further concern over the fitness of on-loan star man Jack Wilshere.

The England international looked to jar his ankle when diving to block a David Silva shot in his usual no holds barred fashion and received treatment before going back on.

However, into injury time in the first half, he could not continue and Howe was forced to bring on former Gunner Benik Afobe in his place.

Wilshere, who managed to play 90 minutes for the first time in two years earlier this season, has been well managed by Howe since his summer Deadline Day arrival, and the Cherries boss was quick to calm fears in this post-match press conference.

Howe said: “Jack’s ankle isn’t a major one, he just felt that he couldn’t move as freely as he would have liked.

“We will asses it tomorrow.”