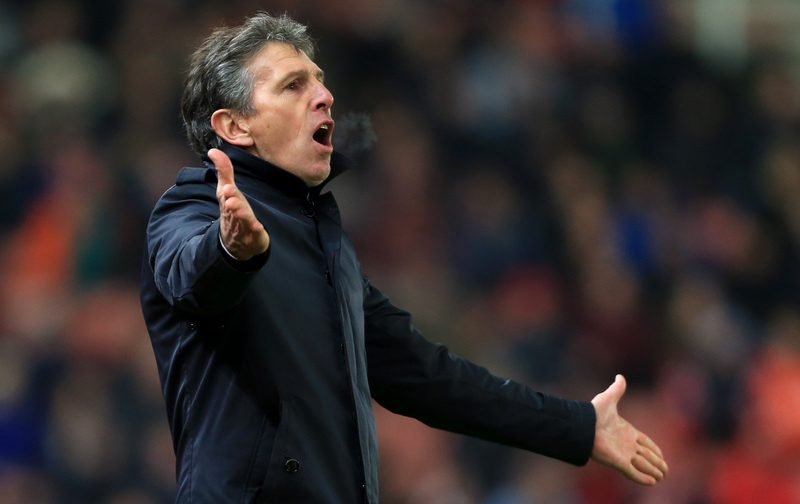 Southampton suffered sixth Premier League defeat in seven games after losing 3-1 at home to a resurgent West Ham on Saturday.

Claude Puel’s side have picked up just one league victory in 2017 and, although their cup exploits have been impressive, they are in danger of being dragged into a relegation dog-fight if their form doesn’t improve.

Manolo Gabbiadini gave the Saints the lead on Saturday, but goals from Andy Carroll, Pedro Obiang, and Mark Noble secured the victory for Slaven Bilic’s side, who move up to ninth as a result.

However, Puel’s Saints slipped to 13th after their latest defeat, and they are now just seven points clear of danger after an 11th loss of the campaign.

Although that’s still a healthy advantage, the improving form of the sides below them alongside their own poor form suggests that the gap isn’t yet big enough to completely disregard relegation this term, yet Puel will know that there is enough quality in his squad to keep them up come May.

Thus, here are TWO players who must start every game between now and May in a bid to save Southampton’s season…