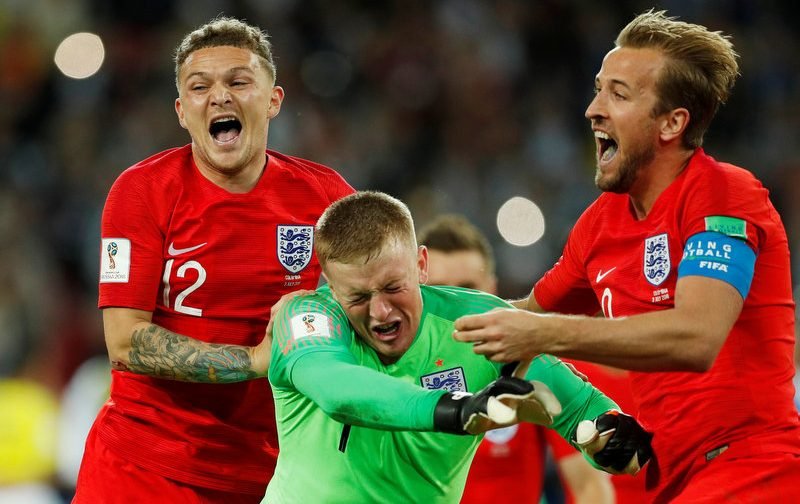 England defeated Colombia 4-3 in Moscow in their first-ever FIFA World Cup penalty shootout victory (1-1 AET) to set up a quarter-final clash with Sweden on Saturday.

The Three Lions have advanced to the last-eight of the major tournament for the first time since 2006, with Tottenham Hotspur midfielder Eric Dier scoring the winning spot-kick after goalkeeper Jordan Pickford’s brilliant save from Carlos Bacca’s attempt.

Spurs striker Harry Kane netted his sixth goal of the World Cup in the 57th minute from the penalty spot, after Carlos Sanchez hauled down the Golden Boot contender.

He became the first player to score in six consecutive England appearances since Tommy Lawton back in 1939. 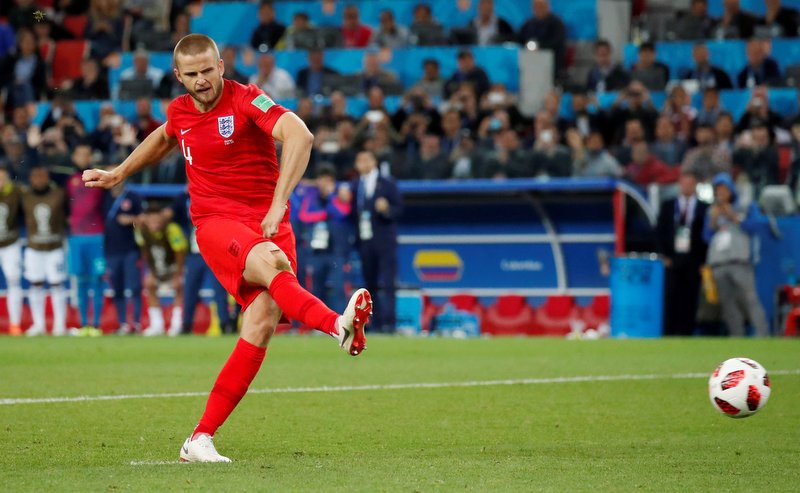 However, with just seconds left of the last 16 encounter, towering defender Yerry Mina climbed highest to head home Colombia’s last-gasp 93rd minute equaliser from a corner, despite full-back Kieran Trippier standing on the back post, to force the match into extra-time.

The Three Lions went on to win only their second penalty shootout at a major tournament, after also beating Spain in UEFA Euro 96.

“The fans that were here were outnumbered but I’m delighted for them and everyone at home.

“We’re trying to write our own history, and I’ve talked to the players about that. They write their own stories. We don’t have to be bowed by the pressure of the past.

“This was special but I want us to go on. I don’t want to go home yet.” 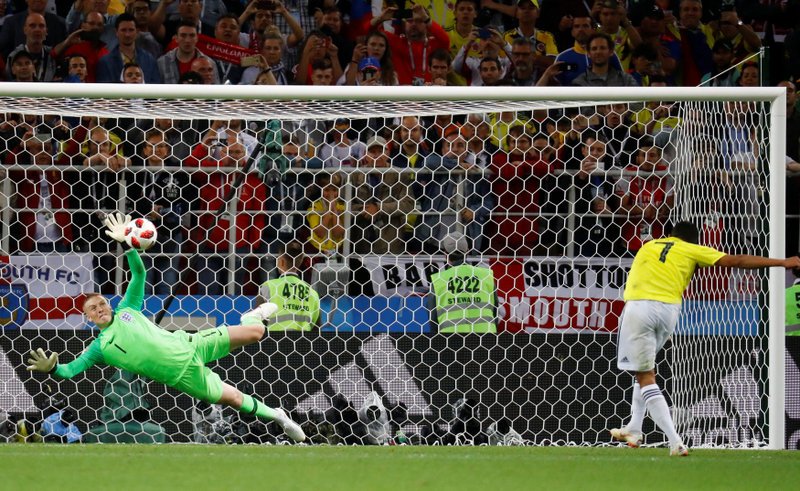 Colombia’s Carlos Bacca has his penalty saved during the shootout by England’s Jordan Pickford.

England will now face Sweden in the last eight after they defeated Switzerland 1-0 on Tuesday afternoon in St Petersburg.

With the likes of Germany and Spain already knocked out of the World Cup, no previous world champions stand between England and the final (July 15).

The winners of Saturday’s quarter-final will face either Croatia or hosts Russia in the semi-final on July 11.