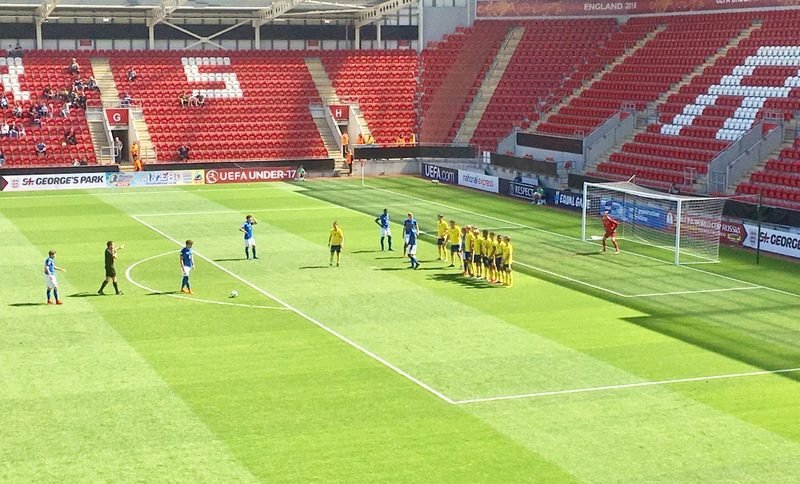 It was an early Edoardo Vergani strike that sealed Italy a place in the Under-17 European Championship semi-finals after a 1-0 victory against Sweden.

In the first-ever meeting between the sides in an Under-17 tournament, it was the Italians who took an early lead inside four minutes. 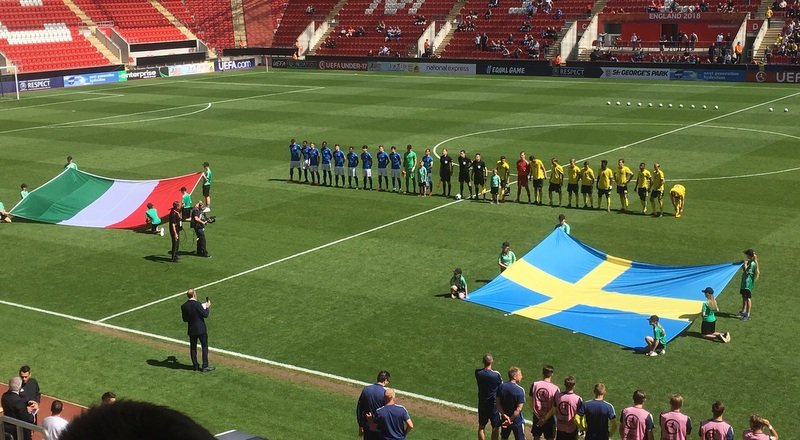 On their first attack down the left flank, attacking midfielder Jean Freddi Greco crossed the ball in low to recipient Vergani, who, only ten yards out from the goal, showed some neat footwork to create some space before tapping home the ball with his left foot.

As the game progressed, Sweden tried to force themselves back into the game and were awarded a couple of free-kicks in dangerous areas, however, Italian shot-stopper Alessandro Russo collected comfortably on each occasion.

Neither side managed to conjure up any clear goalscoring opportunities as the game drew closer to half-time, when the tie took an unexpected turn in the 37th minute, Nicolo Armini was penalised for a foul on Benjamin Nygren in the Italian box and the ref pointed to the spot.

Consequently, Fredrik Hammar stepped up and drilled his shot to the left of Russo, who made a magnificent save to keep the Italians ahead.

The early Vergani strike remained the difference at the midway point.

As both sides returned for the second-half, it was the leading side who almost doubled their advantage.

Nicolo Fagioli hit a sublime effort from 35 yards out. The Italian No.17 saw Swedish goalkeeper Simon Andersson off his line and fired the ball towards the net, but unfortunately for Fagioli, the ball rattled against the post and was quickly cleared.

The tie became quite open as the Swede’s searched for an equaliser and the Italians made every effort to put the game to bed. 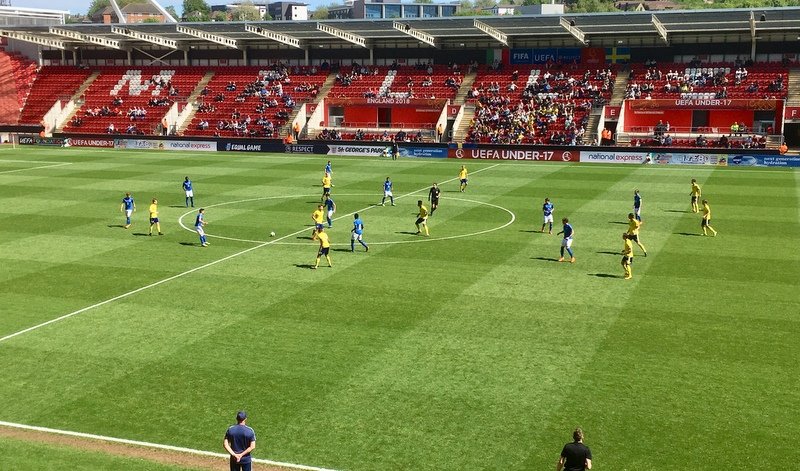 It was then in the 75th minute when Swedish shot stopper Andersson pulled off a top class save from Italian midfielder Jean Freddi Greco only yards out from goal. Sweden lived to fight on for the remaining five minutes of the contest.

As the fixture drew to a close, the Italians played keep ball as the officials indicated there would be four minutes of added time to play. Only moments later, the referee then put the contest to an end.

The celebrations began. Italy deservedly progressed through to the next stage. They will now face either Belgium or Spain in their semi-final fixture on Thursday, May 17.