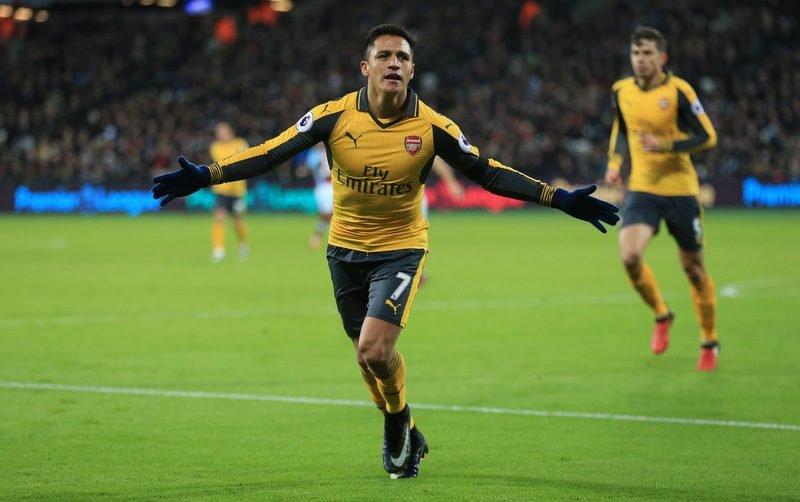 Alexis Sanchez was dropped for Arsenal’s 3-1 defeat at Liverpool on Saturday, with manager Arsene Wenger suggesting that it was a tactical switch which saw the 28-year-old lose his place in the side.

However, it has emerged that one potential reason for the Chilean’s withdrawal from the starting eleven was a training ground row with some of the other Gunners players, with it reported that the forward was confronted by some of his teammates on return to the changing rooms.

Manager Wenger has this afternoon vehemently denied any training ground bust-ups involving Sanchez, but it adds further doubt into the developing story about whether the Chilean will sign a new deal at the Emirates Stadium, or potentially leave in the summer.

And Arsenal will certainly be hoping for the former given that the 28-year-old has netted 17 goals and laid on nine assists in the Premier League this term, which means that he has been directly involved in more goals than any other player in the top-flight this season.

On occasion, it has been Sanchez who has single-handedly won games for Wenger’s side this term, and here are THREE matches in which the Chilean’s brilliance, goals, and overall attacking flair have won games for Arsenal this season…