3 games that lost Bob Bradley his job at Swansea 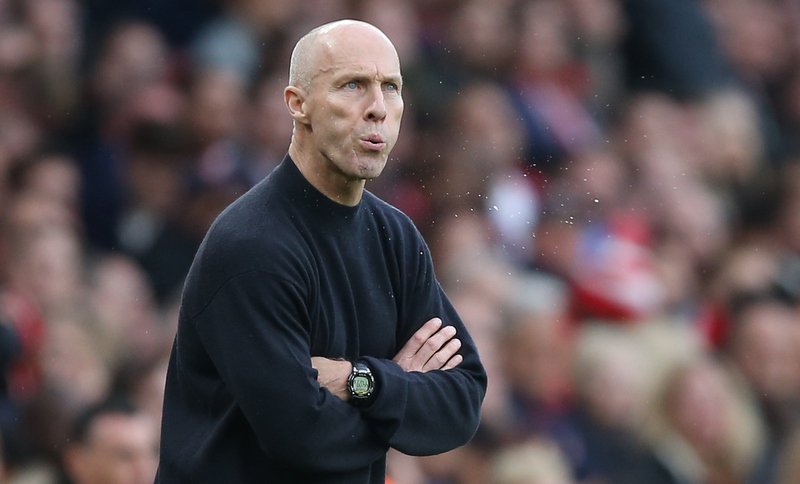 Struggling Swansea yesterday confirmed that they had sacked manager Bob Bradley after he won just two of his 11 Premier League games in charge.

The 58-year-old left French side Le Havre to become the first American to manage in the Premier League, yet his spell in South Wales has not gone according to plan.

Bradley won only two of his 11 games in charge of Swansea, and suffered seven defeats in just under three months at the helm at the Liberty Stadium.

He won none of his opening five games in charge, but recorded a stunning 5-4 victory over Crystal Palace on November 26 to finally get that elusive win.

However, his side then suffered a 5-0 defeat at Tottenham and, although they beat Sunderland 3-0 on December 10, three successive defeats have proven to be critical for Bradley, who lost his job after their 4-1 loss at home to West Ham on Boxing Day.

Attentions have turned to who could take over at the Liberty Stadium, with the likes of Ryan Giggs, Chris Coleman, and Alan Pardew linked, yet we are going to look back at Bradley’s ill-fated reign at Swansea, and have identified THREE games that lost him his job in South Wales…