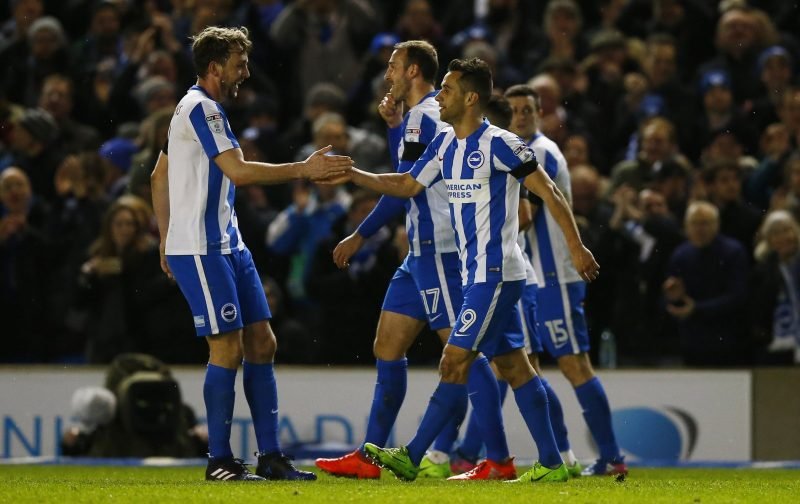 Championship leaders Brighton host second place Newcastle this evening (7.45pm kick-off) in what look set to be a fascinating top-of-the-table encounter at the AMEX Stadium.

Chris Hughton’s Seagulls lead the North East giants by a point after beating Reading 3-0 on Saturday, just a few hours after Rafa Benitez’s Magpies could only muster a 2-2 draw at home to struggling Bristol City.

Huddersfield Town’s 1-1 draw at Barnsley means that there is a healthy gap between the top two and the chasing pack, although defeat this evening for either side will give those just outside the automatic promotion places renewed hope ahead of the run in.

Nonetheless, Brighton will be confident of victory having won three of their last four league games, and indeed 13 of their 17 matches at home this term.

Yet, Benitez’s Magpies possess the best away record in the division, taking 35 points from their 16 games, so it’s all set up to be a cracking match between two strong teams hoping for Premier League football come August.

So, with the build-up well underway to tonight’s game, here are THREE reasons why Brighton will pick up all three points at the AMEX Stadium this evening…