3 reasons why Ireland will beat Wales in Dublin this evening 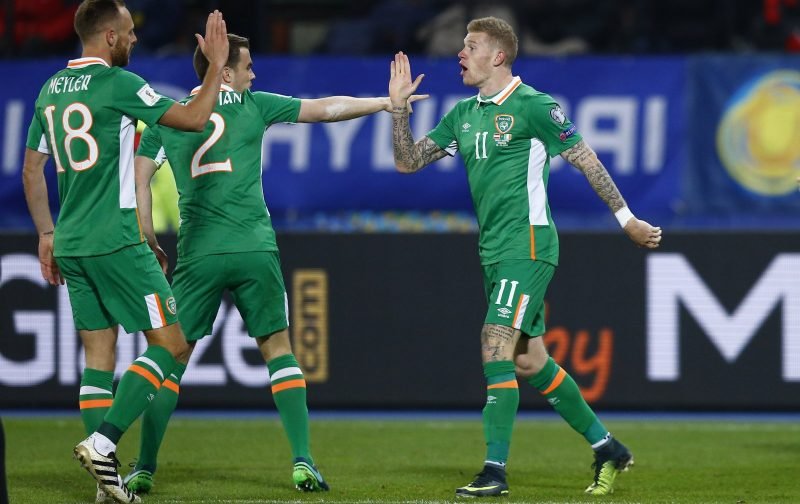 Martin O’Neill’s Republic of Ireland host Wales in a vital 2018 World Cup qualifier at the Aviva Stadium in Dublin this evening (7.45pm kick-off).

The Irish currently top Group D having won three and drawn the other of their four games, with their latest success coming back in November at the expense of Austria in Vienna.

Their tally of ten points means they are two points clear of Serbia in second and four ahead of Chris Coleman’s Wales in third, which highlights the magnitude of tonight’s clash in the Irish capital, especially as there are only five games to go after this one.

The Welsh have made a solid but unspectacular start to their qualifying campaign, drawing three of their four games but winning the other, and that four-point gap to Ireland is already a sizable margin to overcome, but may become insurmountable if they were to lose in Dublin this evening.

Nonetheless, Coleman’s men did reach the Euro 2016 semi-finals last year so clearly have the capabilities to win games under pressure, yet Ireland will fancy their chances of getting the three points tonight.

So, with the build-up well underway ahead of tonight’s crucial qualifier, here are THREE reasons why the Irish will pick up the three points this evening…