3 replacements for Walter Mazzarri at Watford 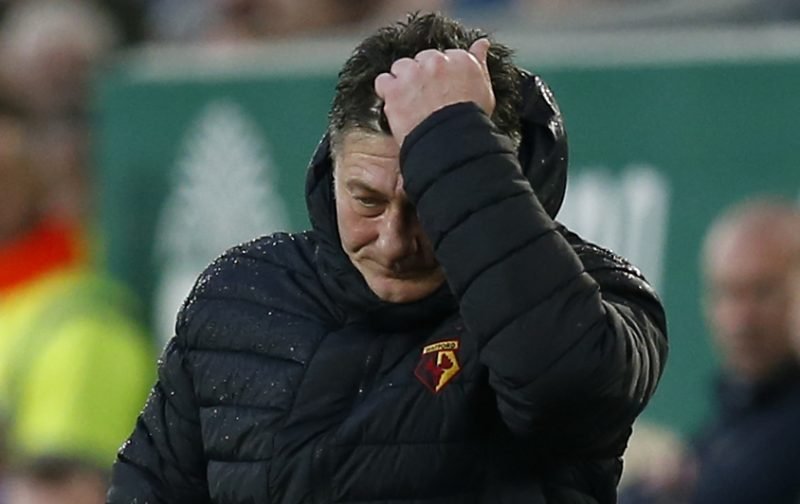 Premier League outfit Watford have today confirmed that they will part company with manager Walter Mazzarri following their game with Manchester City on Sunday.

The Hornets have once again beaten the drop in the Premier League by accumulating 40 points from their 37 matches, although a run of five straight defeats has been a disappointing end to an otherwise fine season at Vicarage Road.

However, it hasn’t been enough, for one reason or another, to keep 55-year-old Mazzarri in the job, a job he only took last summer following the departure of Quique Sanchez-Flores.

Former Napoli and Inter Milan manager Mazzarri has won 11 of his 37 league games in charge of the Hertfordshire-based side, but there have been reports of unrest in recent times, and that may well have been a factor in the Watford hierarchy’s decision to move on.

So, with Mazzarri on his way out of Vicarage Road, a Premier League job has come available for those many managers currently unemployed and looking for job, or indeed those in jobs but looking to move to the next level.

And here at Shoot! we have identified THREE ideal replacements for Mazzarri at Watford…