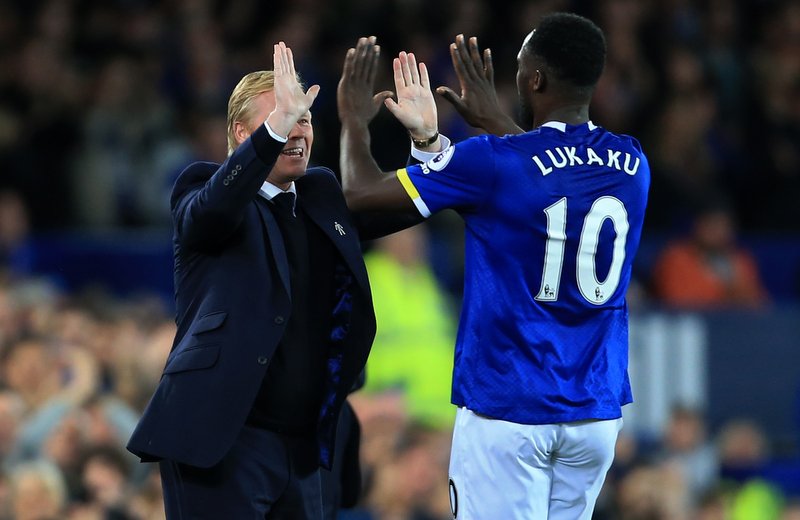 Everton cut the gap between themselves and Manchester United to just two points after a 3-0 success over West Brom last weekend.

The Toffees took full advantage of Jose Mourinho’s side being in FA Cup action by recording a 13th league win of the campaign, with goals from Kevin Mirallas, Morgan Schneiderlin, and Romelu Lukaku securing Ronald Koeman’s men a fifth successive home victory in the Premier League.

It means that, although the Toffees remain seventh in the table, they are now just two points behind United in sixth, and just three points behind Arsenal in fifth.

A major factor in their fine run of form has been the goals of forward Lukaku, although the Belgian has in the last few days said that he will not sign a new deal at Goodison Park, at the moment anyway.

And, unsurprisingly, this has led to speculation that the 23-year-old could be on his way out of the club in the summer, and with the likes of Chelsea and Manchester United reportedly interested, it’s going to be a tough ask keeping Lukaku at Goodison Park over the summer.

Nonetheless, the money they could get for the striker will surely be spent on improving the squad, so here are THREE top signings that Koeman could land with the money generated from Lukaku’s departure…