3 ways Tottenham can line up with Wilfried Zaha next season 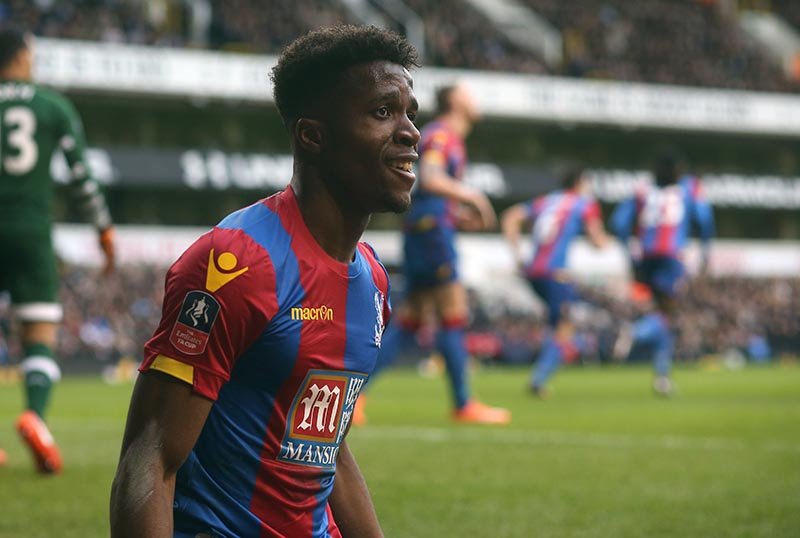 Tottenham kept up the pressure on Premier League leaders Chelsea with a 3-2 victory over in-form Everton at White Hart Lane on Sunday.

Mauricio Pochettino’s men took advantage of the Blues playing on Monday night by cutting the gap to seven points, with a brace from forward Harry Kane and a strike from Dele Alli enough to see off Ronald Koeman’s side, who threatened a comeback through goals from Romelu Lukaku and Enner Valencia.

Nonetheless, it was a ninth straight home league win for Spurs, and one that keeps them second in the Premier League table, a point clear of Manchester City, and now six clear of Arsenal in fifth after they lost at Liverpool.

Despite a title to challenge for and an FA Cup trophy to go in search of, it appears that Spurs are already planning for next season, and at the weekend were once again linked with a move for Crystal Palace’s Wilfried Zaha.

The Ivorian international scored a wonderful goal to help the Eagles beat West Brom on Saturday, and it is reported that Pochettino is a big fan of the 24-year-old, who could cost them £30 million in the summer.

This all begs the question, where will Zaha fit into the Spurs team?

Well, here are THREE ways Tottenham could line up with Zaha next season…