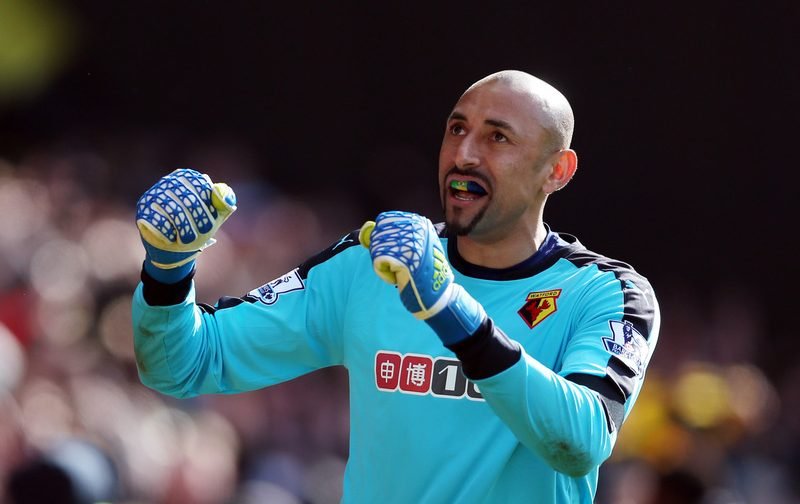 Shoot! would like to wish former Brazil international goalkeeper Heurelho Gomes many happy returns as the Watford star celebrates his 36th birthday today!

The shot stopper first arrived in the Premier League back in June 2008 following his reported £7.8m switch to Tottenham Hotspur from Eredivisie outfit PSV Eindhoven.

The 36-year-old, who represented his country 11 times between 2003 and 2010, has kept four clean sheets in 26 appearances in all competitions for The Hornets so far this season – with Walter Mazzarri’s men currently 13th in the top-flight standings following Saturday’s 2-0 defeat to Manchester United at Old Trafford.

Gomes began his career in his homeland with Cruzeiro, before being scouted in July 2004 by Dutch side PSV.

He went onto make 135 appearances for Spurs between 2008 and 2014, whilst being loaned out to Hoffenheim (2013), before joining Watford back in May 2014, helping The Hornets win promotion back to the ‘Promised Land’.

To honour Gomes’ latest milestone, Shoot! has dug up five facts you may not know about Watford’s number one…