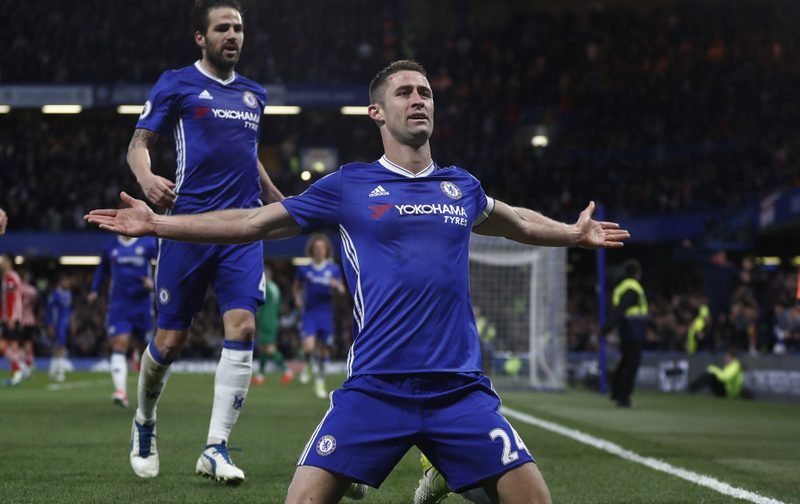 Eden Hazard and Gary Cahill got The Blues’ other two goals, both of which came during the first period.

Ex-Chelsea players Oriol Romeu and Ryan Bertrand scored The Saints’ two strikes, with each coming either side of half-time.

The win moved The Blues temporarily seven points clear of London rivals Tottenham Hotspur at the top of the Premier League table.

However, Spurs defeated Crystal Palace 1-0 on Wednesday night to reduce the deficit back down to four points.

Chelsea club captain John Terry announced last week that he will be departing the club that he has played for since he was 14 at the end of the season.

Terry was a second-half substitute in The Blues’ victory and his brief cameo role was the first time that the defender who has won 14 major honours with the club has played in the Premier League since the start of November.