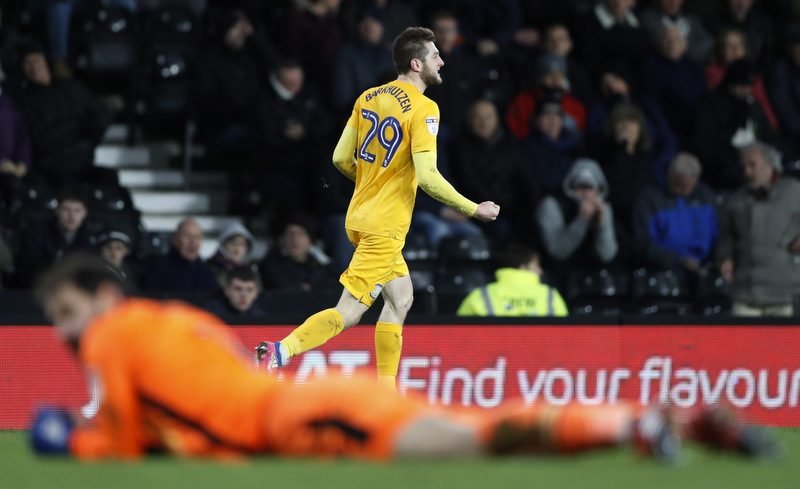 Derby and Preston both missed the chance to narrow the gap on the Championship play-off places, after sixth placed side Sheffield Wednesday failed to win at home to Burton Albion.

Steve McClaren’s side thought that they had sealed a victory courtesy of Matej Vydra’s goal, early on in the second-half.

However, the Lilywhites equalised in the fifth minute of stoppage time with Barkhuizen stabbing in an equaliser, to break the hearts of The Rams and their fans.