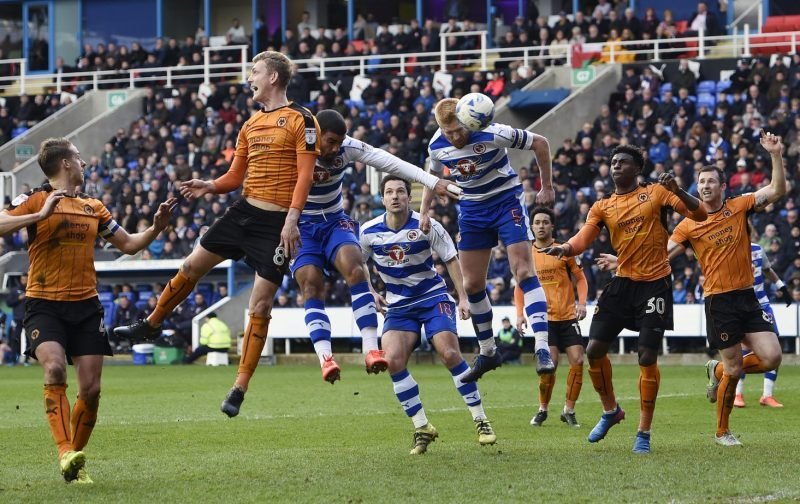 After what was a woeful first half seriously lacking in quality, the game came to life just three minutes into the second when Danny Williams’ long-range effort ricocheted off striker Yann Kermorgant into the Wolves goal.

However, Paul Lambert’s men hit back just two minutes later when good work from Nouha Dicko saw him pick out a cross, with Ben Marshall sliding in between two Reading defenders to poke home a leveller.

The visitors had the better of the second period, with Conor Coady, Dave Edwards, and George Saville forcing saves out of Ali Al-Habsi, but it was Jaap Stam’s Royals who scored the all-important third goal 12 minutes from time when McShane headed home from a terrific John Swift free-kick wide on the right. 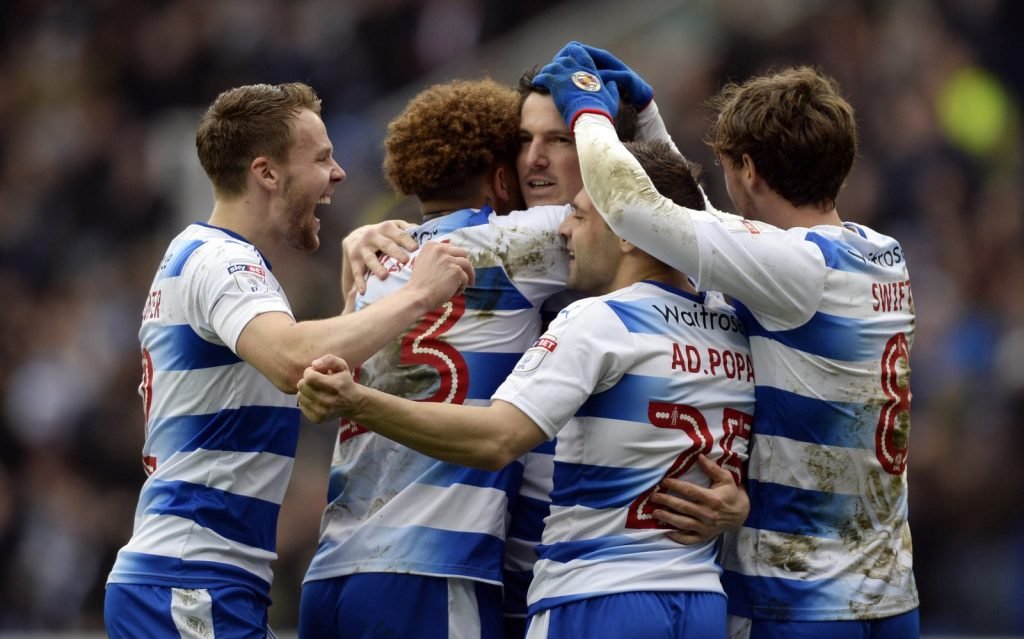 Wolves defender Mike Williamson was sent off late on to hinder the visitors’ hopes of getting back into it, and although Marshall fired a volley wide in injury time, Reading held on to a 19th league win of the campaign.

The result means that Reading remain fifth in the Championship, seven points clear of Fulham in seventh, while Lambert’s Wolves slip a place to 21st after a fifth straight league defeat.

In what was a largely forgettable first half, in which it took 38 minutes for the first shot of the game, it was Wolves who almost took the lead just before the break when Edwards’ downward header was brilliantly clawed away by Reading goalkeeper Al-Habsi.

The ball may well have gone over the line but it wasn’t given by referee Andrew Madley and his officials, and plaudits must go to Al Habsi for excellent reflexes to get down low and prevent the visitors from taking the lead.

There was little urgency in Reading’s play for much of the first half, yet it took them just three minutes to improve and indeed take the lead in the second.

Joey Van den Berg’s dummy found fellow midfielder Williams, whose scuffed effort from 25 yards was turned home by Kermorgant, although the Royals forward didn’t know too much about it as it struck him on the way through to give the hosts the lead. 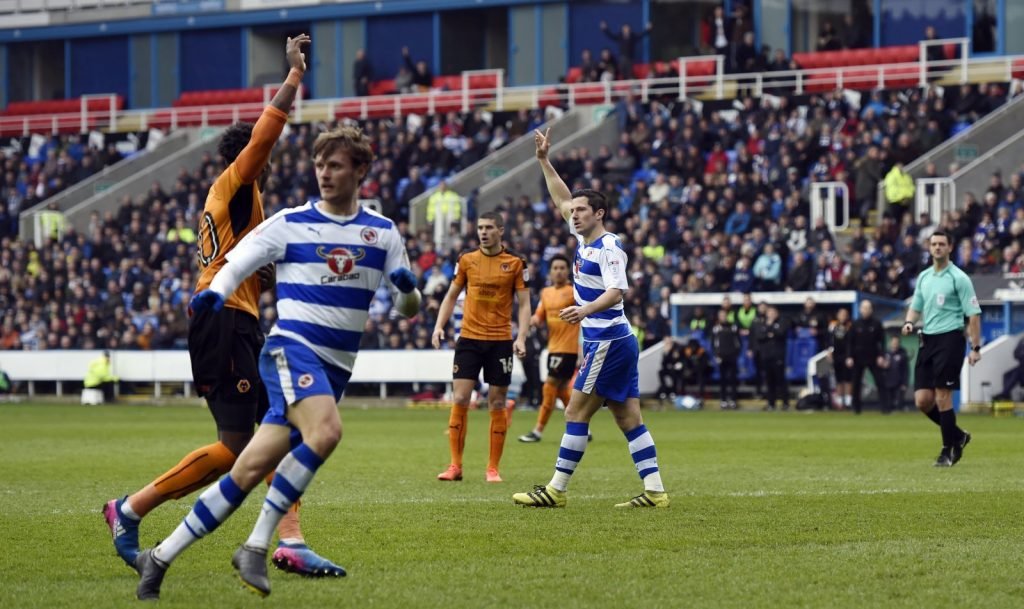 However, that lead didn’t last long, as Wolves immediately responded when Dicko’s fine work down the right saw him get out a cross which was met by Marshall, whose effort trickled past the helpless Al-Habsi to bring the visitors level.

Wolves then seized the initiative and looked the more likely to get all three points, with only a fine save from Al-Habsi preventing Coady from giving Lambert’s men the lead six minutes later.

Edwards went close with a header but Reading started to have more of the ball in a bid to stem Wolves’ momentum, although Dicko continued to cause the hosts problems down the right, with McShane able to clear before Coady got a shot off. 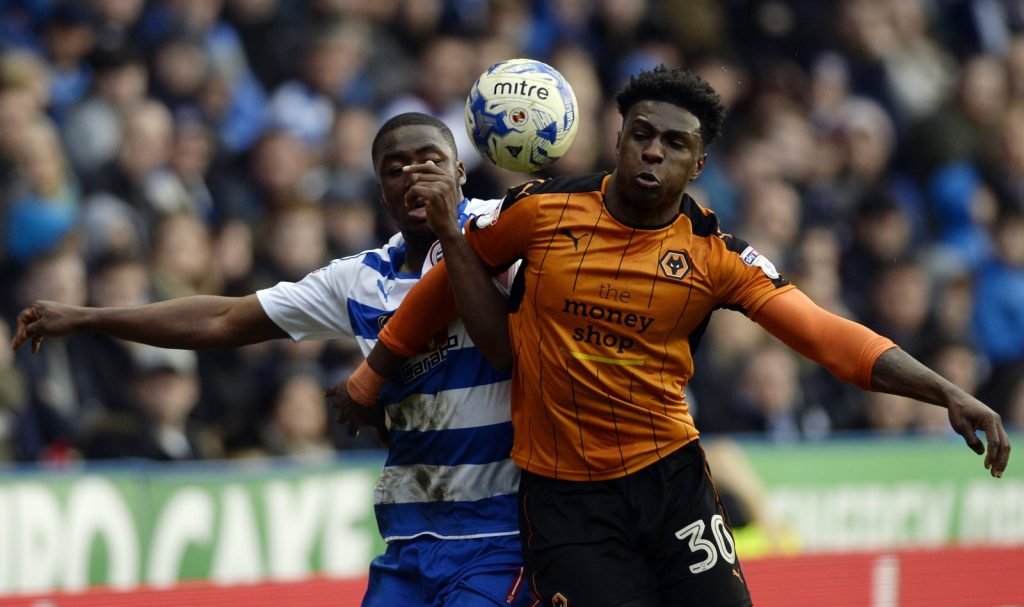 Helder Costa and Dicko continued to cause the hosts, particularly Tyler Blackett, issues, with the former playing in the latter but over-hitting his through ball, meaning that Dicko could only fire into the side netting from an acute angle.

Yet it was the Royals who got the all-important third goal when McShane benefited from some lacklustre defending to head Swift’s brilliant free-kick past the helpless Carl Ikeme, in turn setting the hosts on their way to a crucial victory in their bid to finish in the top six.

Centre-back Williamson received a second yellow five minutes from time after bringing down Kermorgant to make things harder for the visitors, although they did have a chance late on when the ball dropped for goal-scorer Marshall from a free-kick, but he volleyed well wide of Al-Habsi’s goal.

In what was a frantic game at the Madejski Stadium, here are FIVE things we learned from Reading’s 2-1 victory over Wolves…