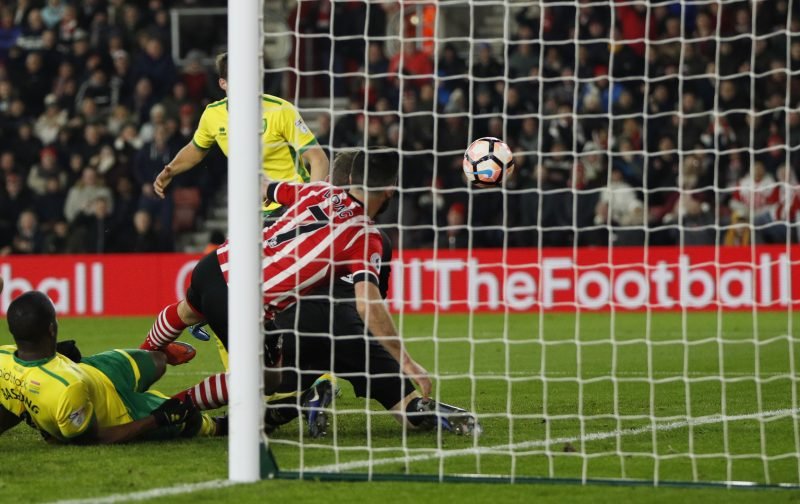 Southampton are through to the fourth round of the FA Cup after Shane Long’s injury time winner gave the Premier League side a 1-0 win over Championship Norwich City.

Under-fire Alex Neil cobbled together, in the circumstances, a relatively strong starting eleven, with Alex Pritchard, Josh Murphy and Robbie Brady all in from the off. 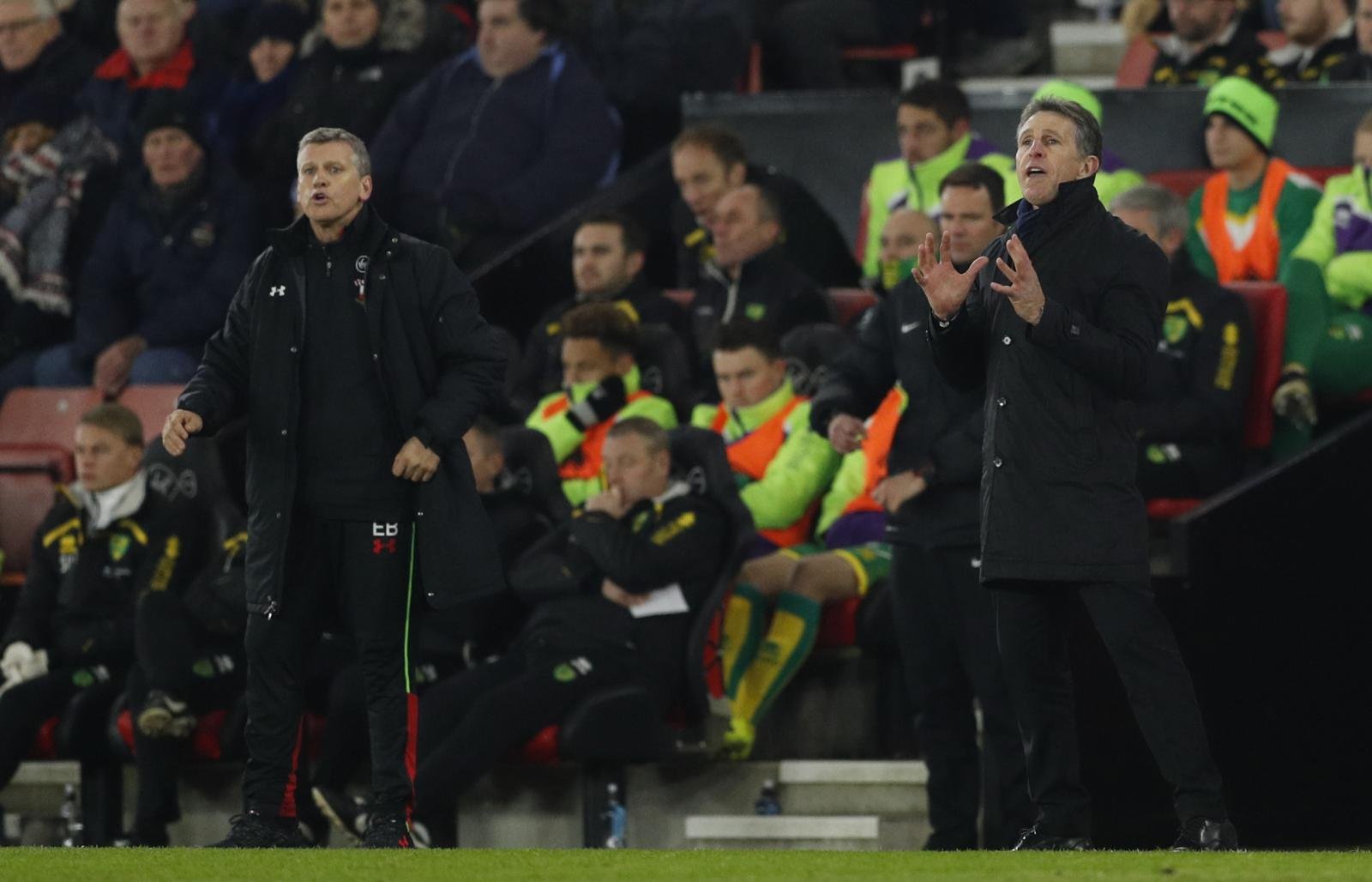 The tie got off to a sluggish start with neither side really looking like they fancied a third round replay in the middle of January, for some reason.

The first real chance fell to the hosts when youngster Josh Sims broke through and fired a shot at the near post from ten yards out, which was easily dealt with by Michael McGovern in the Norwich goal.

The chance did, however, seem to spark Puel’s side into life with Shane Long coming agonisingly close to latching onto Jordy Clasie’s cross from deep minutes later.

On the half-hour mark it was the turn of former Burnley man Jay Rodriguez to have a go when he broke the Canaries’ back line but handed McGovern an easy stop with his left footed strike.

As the half drew on the hosts took control but, as has often been the case this season, failed to take advantage of their dominance, showing a distinct lack of creativity.

The kick was laid off to Robbie Brady who took a pop from distance, only to see his effort sail over the bar.

Both sides came out for the second half with a little more drive and impetuous, but the Premier League side still struggled to break Neil’s men down, with the first real chance being a long-range effort from James Ward-Prowse.

Josh Sims broke free of the back four once again, only to see his effort turned around the post for a corner by the waiting Ivo Pinto.

After another lengthy spell of Southampton dominance, Shane Long cut in from the left and, more out of frustration than anything else, looked to slot one in the far post, but had to watch on as it skimmed wide.

Having watched his side continually struggle to gain anything from their dominance, Puel opted for a double change with 20 minutes to go as former Norwich man Nathan Redmond took the place of Jay Rodriguez, whilst Spaniard Oriol Romeu came on in the place of Harrison Reed.

There were celebrations from the home fans when it looked as if James Ward-Prowse had curled a free-kick into the top corner, however it was just wide. 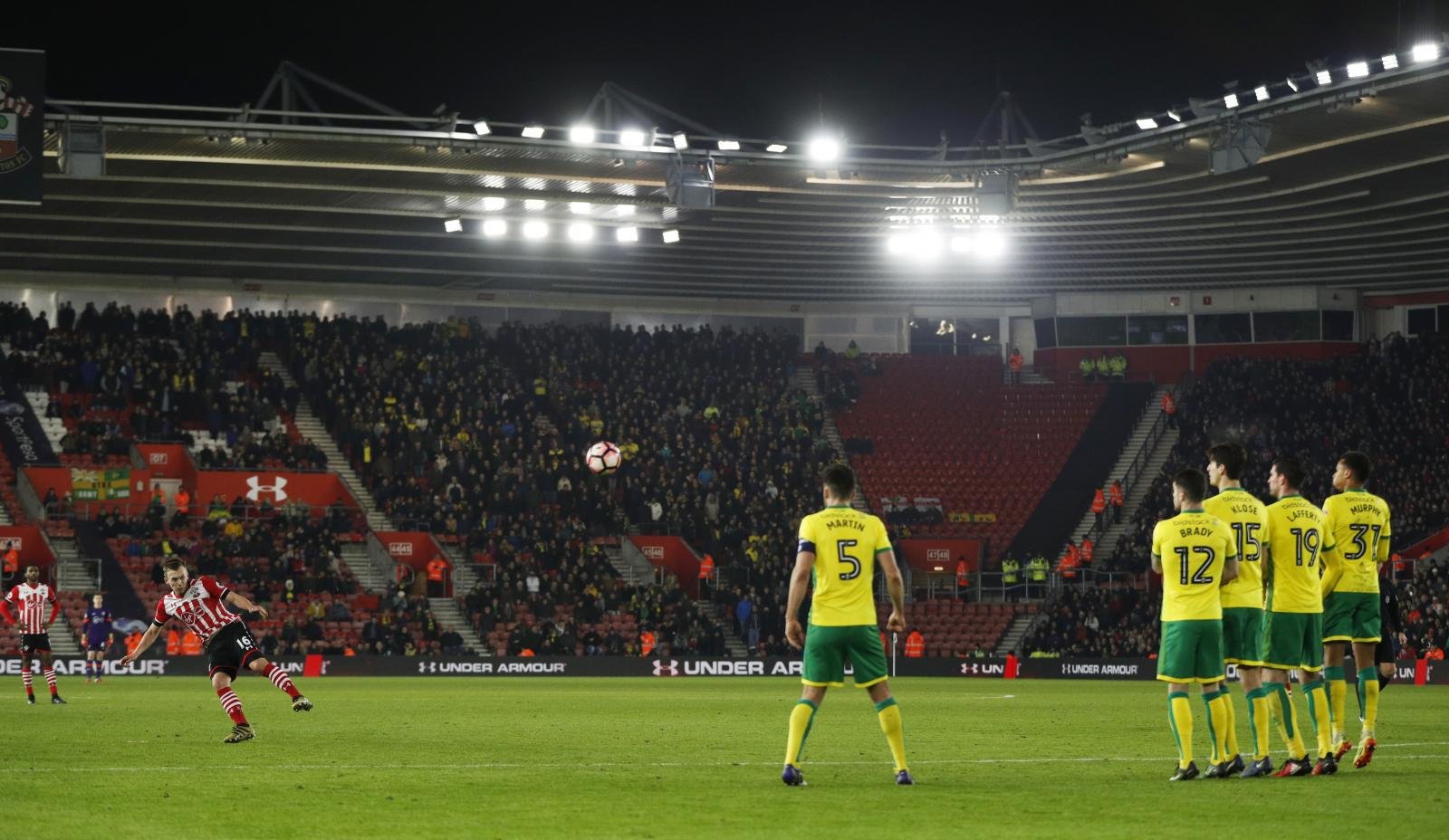 Sensing an opportunity, the Canaries boss looked to add fresh legs and made what is the definition of a like for like change as Jacob Murphy took the place of his twin brother, Josh.

With ten minutes left to go the Saints continued to turn up the heat, but time and time again chances went begging for the hosts.

With two minutes of normal time remaining, and after another flurry of wasted chances, ex-Yellow, Redmond missed a golden opportunity to put the tie to bed as he volleyed wide from close range.

Into three minutes of added time and finally Southampton had the breakthrough they deserved.

Nathan Redmond pressed forward and slid a ball through for Sam McQueen, who got to the ball just in time to keep it in and cross where, after his header was saved by McGovern, Shane Long poked home.

The Saints were deserved winners and no one will be happier than manager Claude Puel that his side were saved extra time.

Southampton will now begin to prepare for a home tie with Arsenal in the next round, however, before that, here is FIVE things we learned from their win over Noriwch…