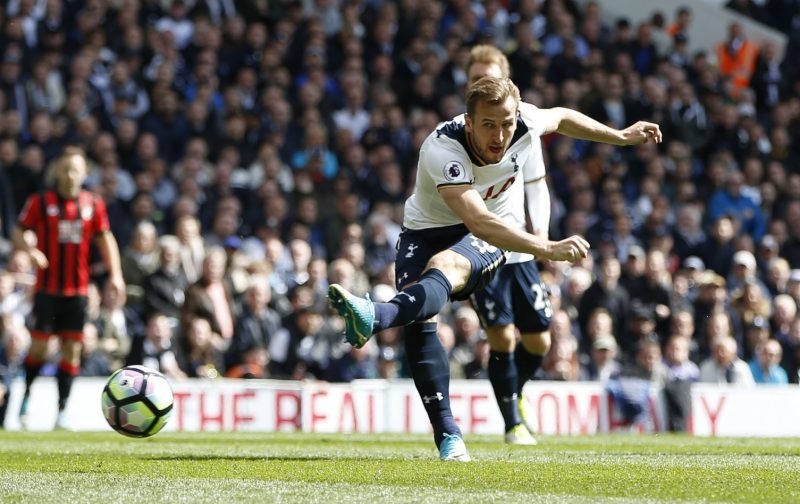 The North London outfit piled the pressure on Antonio Conte’s side ahead of their trip to Manchester United on Sunday thanks to goals from Mousa Dembele, Son Heung-min, Harry Kane, and Vincent Janssen.

It could have been more for Mauricio Pochettino’s men, with Son, Kane, and Christian Eriksen all going close, but it’s the three points that matter the most for Spurs, who have put themselves in position to capitalise should Chelsea drop points between now and May.

Eddie Howe’s Bournemouth just came up against an inspired Tottenham at White Hart Lane on Saturday, although they remain seven points clear of the drop after Swansea lost 1-0 at Watford later on Saturday. 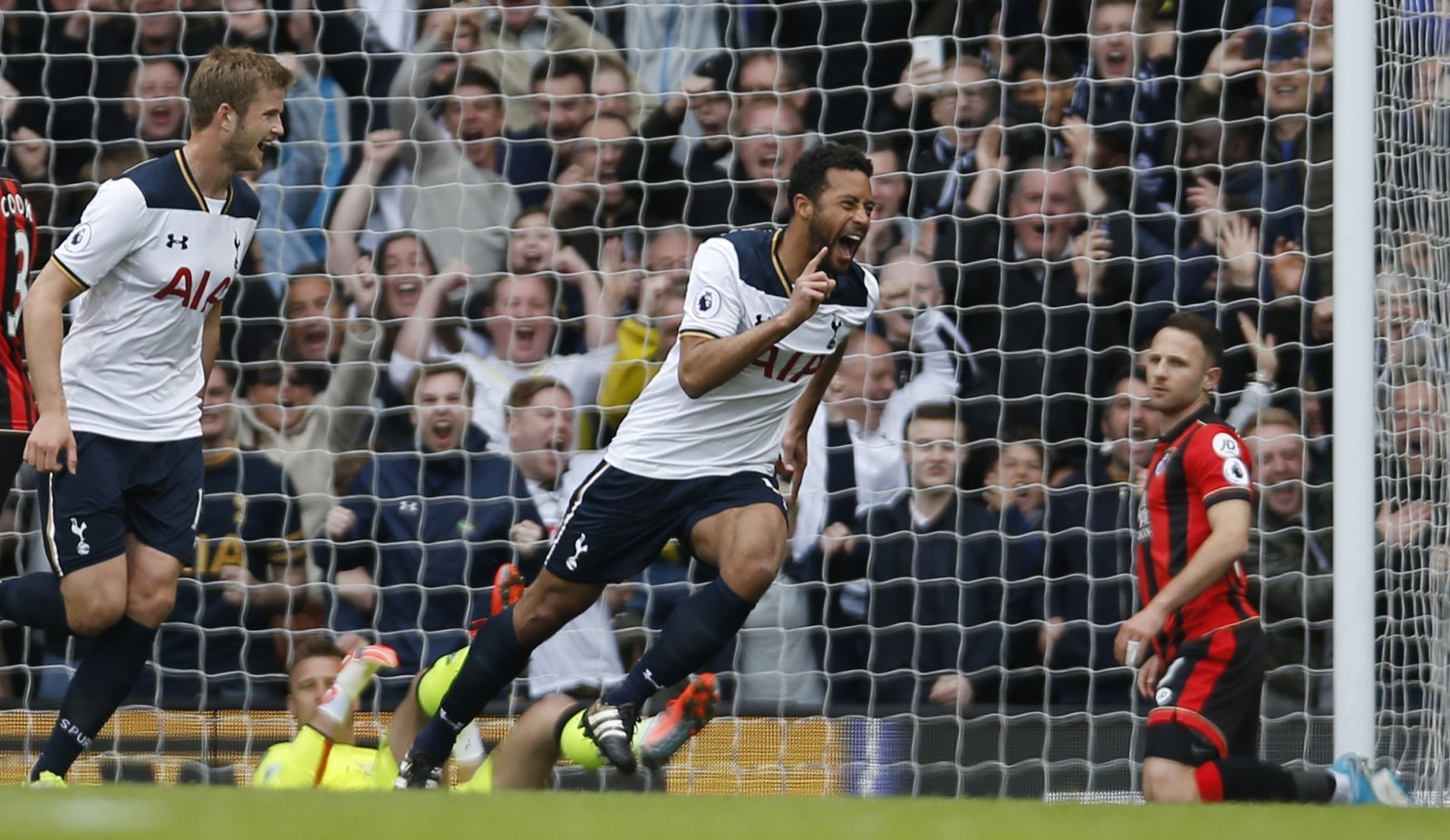 Spurs made their intent clear with a rapid start at White Hart Lane, with Kane’s goal-bound effort deflected over by Cherries captain Simon Francis, before the Englishman fired straight at goalkeeper Artur Boruc from four yards out, albeit he was in an offside position.

The outstanding Dembele had a stinging 25-yard strike well saved by the Polish shot-stopper as Pochettino’s men upped the ante, before the Belgium international netted his first goal of the campaign just four minutes later when Eriksen’s corner evaded everyone, allowing Dembele with time to take a touch and fire home from six yards out.

It was the least Spurs deserved, and Bournemouth boss Howe would’ve been hoping that his side could keep things tight in the succeeding few minutes. But they didn’t.

Arsenal loanee Jack Wilshere, repeatedly jeered by the home faithful, lost possession and the ball broke to striker Kane, who sensationally flicked the ball into the path of Son, who kept his composure to slot home under the on-rushing Boruc. 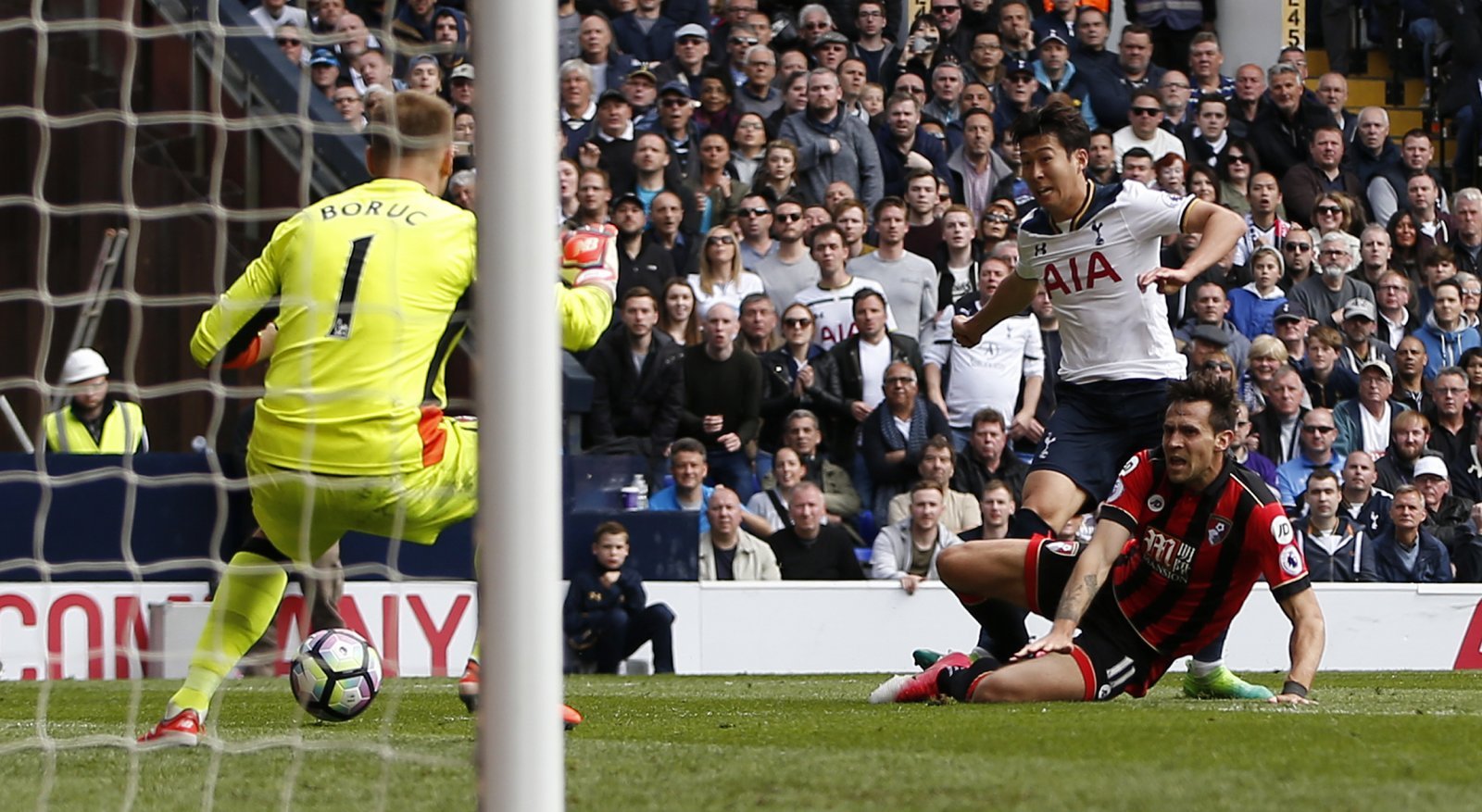 Howe’s men showed promise in the immediate aftermath to going behind, with centre-back Steve Cook heading over from Junior Stanislas’ corner, before the latter sent over a wonderful ball across the Spurs goal, but Benik Afobe was unable to make a connection.

But that was as good as it got for the visitors as Pochettino’s men reasserted their authority on proceedings, with playmaker Eriksen forcing a decent save out of Boruc before firing over from ten yards out, while Son also had an effort saved by the Cherries keeper as Howe’s men welcomed the half time whistle.

Yet the hosts picked up where they left off just after the break, as England striker Kane, on his return to the starting line-up, netted his 20th Premier League goal of the season.

Alli’s brilliant dinked ball into the Cherries box was taken down well by Kane, who easily shrugged off the advances of defender Francis to fire home past Boruc with his left foot. 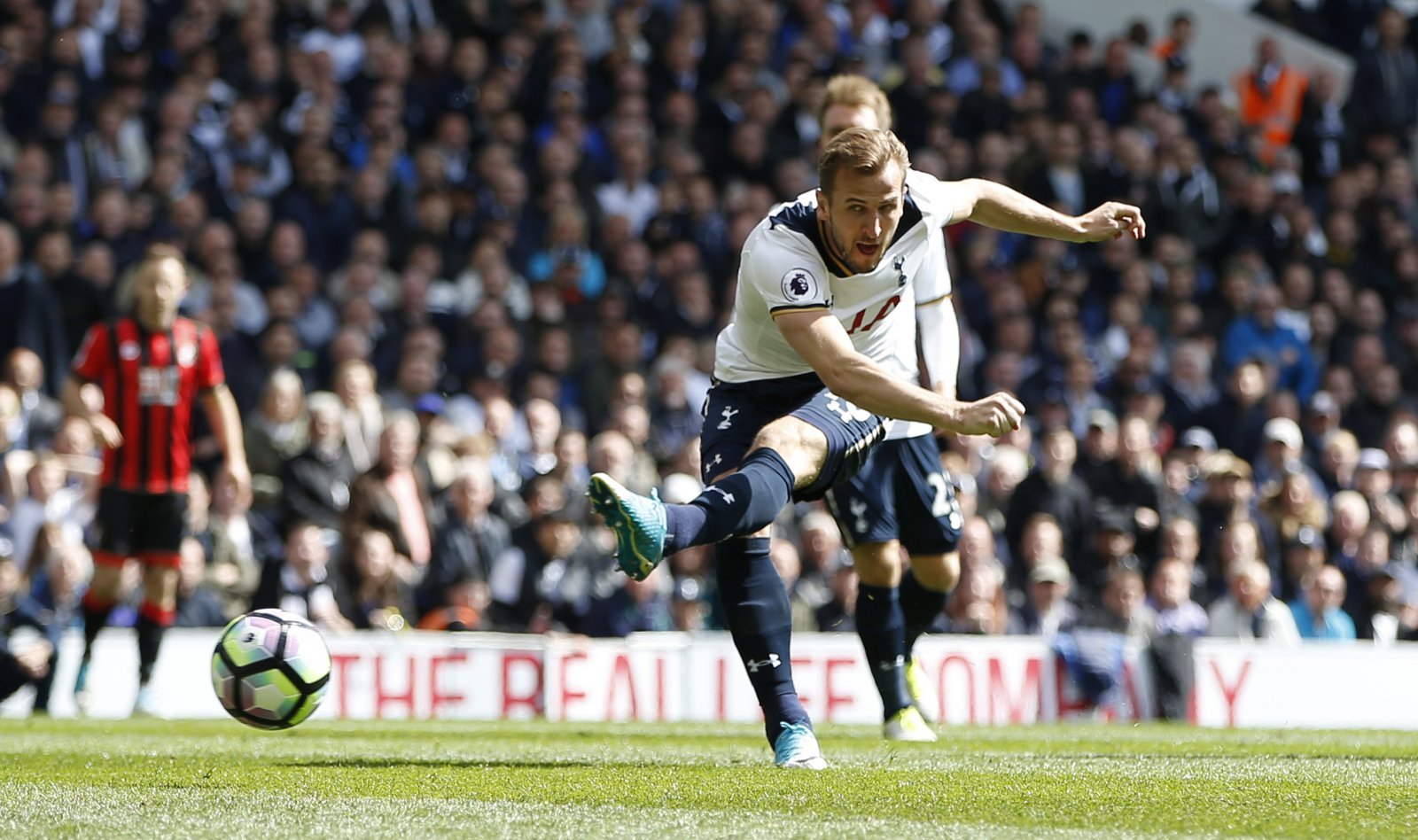 And Spurs didn’t let up.

Kane was twice foiled by Boruc as he searched for his second of the afternoon, while Son fired wide from a tricky angle but probably should’ve done better.

But the home side did bag their fourth of the afternoon in added time, when substitute Janssen received Ben Davies’ decent cross, and although he was initially denied by the impressive Boruc, he tucked home the rebound for his first ever Premier League goal from opening play.

In what was an attacking masterclass from Spurs, here are FIVE things we learned from Tottenham’s 4-0 thumping of Bournemouth…