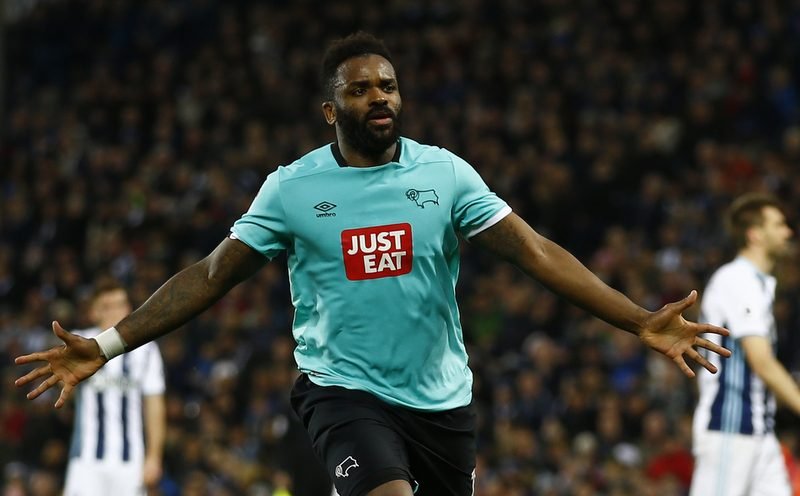 Shoot! would like to wish former England striker Darren Bent many happy returns as the forward celebrates his 33rd birthday today!

The Derby County star, who has scored eight goals in 30 appearances in all competitions for The Rams so far this season, is set to start for Steve McClaren’s side when they visit defending Premier League champions Leicester City in their FA Cup fourth round replay (19:45) at the King Power Stadium on Wednesday.

Bent; who earned 13 international caps for the Three Lions between 2006 and 2011, despite not being selected in England’s squads for the 2006 and 2010 FIFA World Cups respectively, has gone onto enjoy goalscoring glory in the top-flight of English football, and we will determined to achieve promotion back to the Premier League with Derby this term.

Having started his senior career at Ipswich Town; the striker went onto also feature for Charlton Athletic, Tottenham Hotspur, Sunderland, Aston Villa, Fulham, Brighton and Hove Albion, before joining The Rams in 2015.

So, to celebrate Bent’s latest milestone, Shoot! have dug up five facts you may not know about Derby’s striker…