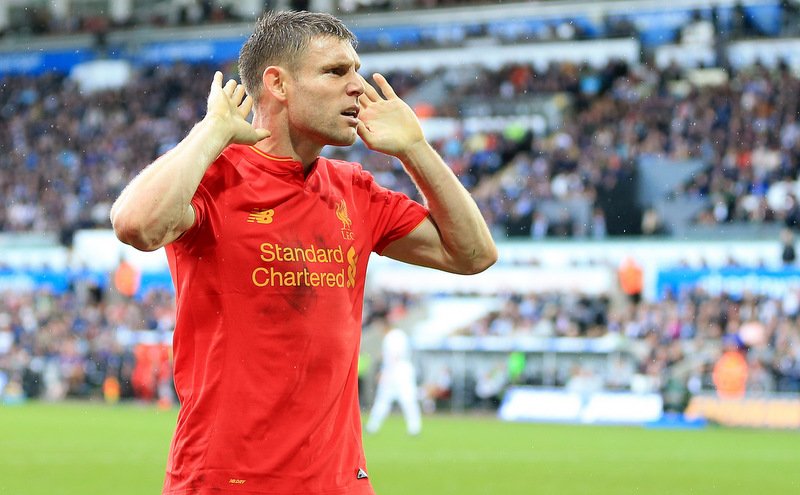 The midfielder, who has regularly been used as a left-back by manager Jurgen Klopp this season, began his career at boyhood club Leeds back in 2002, making his senior debut for the club in their 4-3 victory over West Ham on November 10.

He spent just two years at Elland Road before moving to Newcastle in 2004, where he appeared 136 times in a four-year stint in the North East.

Aston Villa then spent £12 million on the Englishman in 2008, and it was at Villa Park where he really made a name for himself, making his England debut in 2009, and going on to play 126 times for the Villans, netting 22 goals.

Milner then earned a £26 million move to Manchester City in 2010, and went on to win the Premier League twice and an FA Cup winners medal in his time at the Etihad, before moving to Liverpool in 2015.

He is now a key part of the squad at Anfield, and is looking to add a third Premier League title under Klopp this season.

And, given that it’s his birthday, we at Shoot! have brought you FIVE things you probably didn’t know about the 31-year-old…