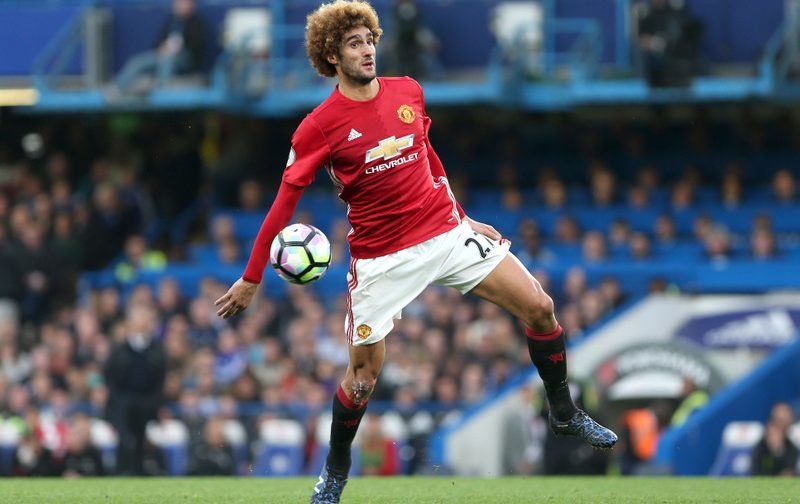 Manchester United midfielder Marouane Fellaini celebrates his 29th birthday today, and we at Shoot! would like to wish the Belgium international a very happy birthday!

The former Everton man is currently out injured after suffering a calf strain on international duty last week, and missed United’s 1-1 draw with Arsenal on Saturday.

Fellaini made the move to Old Trafford in September 2013 for £27.5 million, reuniting with his former Toffees boss David Moyes in Manchester after an excellent spell at Goodison Park.

He netted 12 times in 36 games in the 2012/13 season for Everton, which subsequently earned him the move to United where he has gone to play 98 times, scoring 11 goals in the process.

Fellaini has at times been an important part of the United team, who use his aerial ability to their strength as games wear on. Manager Jose Mourinho even said that he missed Fellaini’s presence in the draw against Arsenal.

The Belgium star, who made his professional debut for Standard Liege back in 2006, has been a mainstay of the national team in recent years, and has appeared 73 times for his country since his debut back in 2007.

With Fellaini celebrating his birthday, we at Shoot! have listed FIVE things you probably didn’t know about the United midfielder…