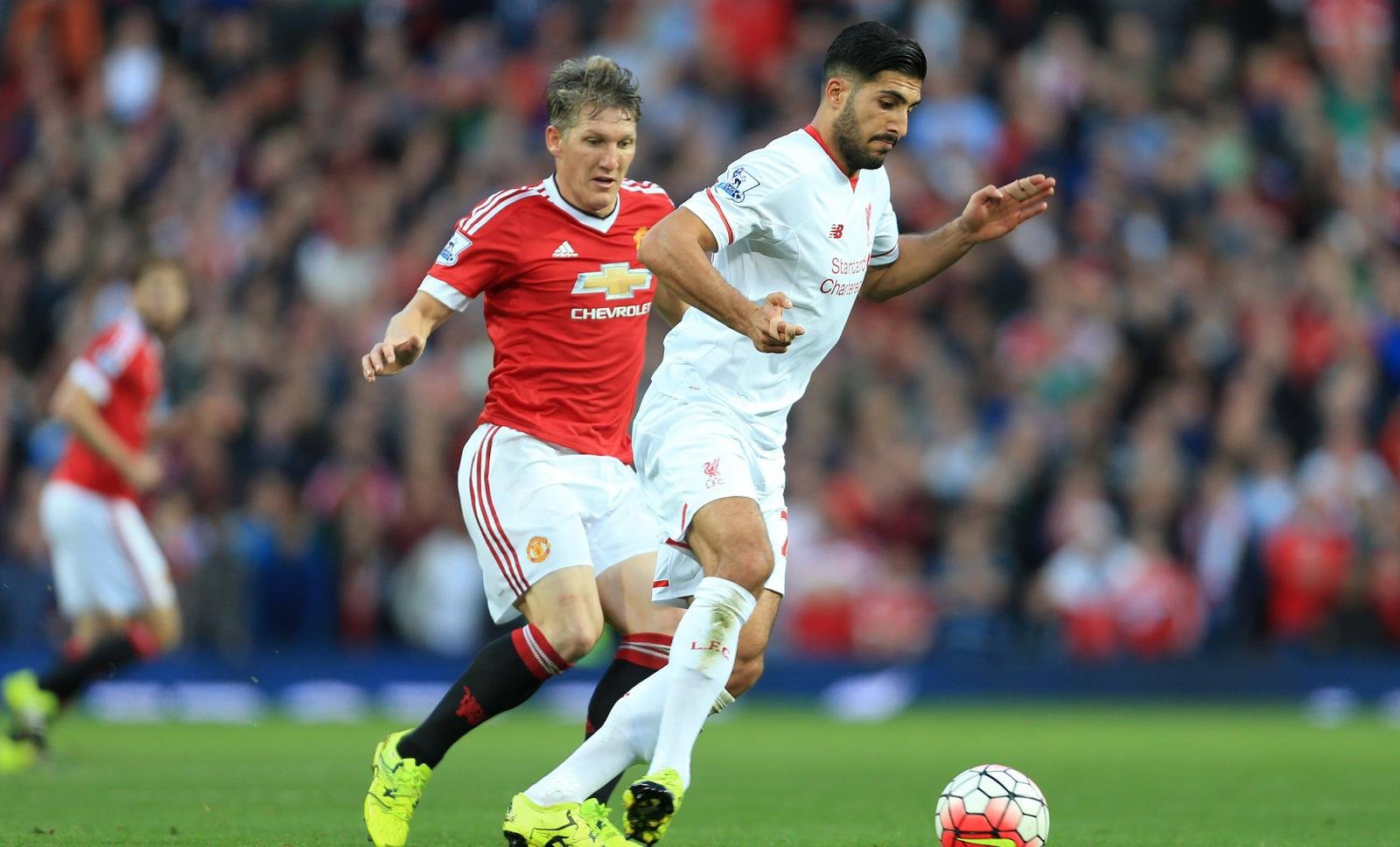 Liverpool host old foes Manchester United at Anfield on Sunday in the 194th meeting between England’s two most successful clubs.

Jurgen Klopp’s side were involved in an enthralling 3-3 draw against Arsenal on Wednesday, rescuing a point at the death thanks to a 90th-minute equaliser from midfielder Joe Allen.

Meanwhile, the Red Devils were involved in a 3-3 classic of their own at St. James’ Park against Newcastle United on Tuesday – Paul Dummett’s last-gasp leveller denying Louis van Gaal’s men, who had led 2-0 and 3-2, all three points

The Reds’ point against the league leaders saw them fall to ninth, while the visitors fell to sixth in the table after West Ham United leapfrogged them into the Europa League spot.

United will take confidence from their recent record against their Merseyside nemesis. The Old Trafford have won six of the last eight meetings, including a 3-1 triumph at Old Trafford in September which saw Anthony Martial score on his debut.

However, Klopp has slowly made Anfield a difficult place to visit once more; Crystal Palace were the last team that left with three points, back in early November, while LvG has failed to muster maximum points during their last four away league outings.

The Reds welcomed Jordan Henderson back against the Gunners, while Steven Caulker made his debut after joining on-loan from Championship side Queens Park Rangers.

However, the centre-half played in an unfamiliar position that night – he was introduced from the bench and told to play as a striker.

Fellow defender Dejan Lovren is still sidelined with a hamstring problem, while midfielder Philippe Coutinho and centre-back Martin Skrtel are out until February.

United have no new injury concerns, although they will still be without Michael Carrick, Bastian Schweinsteiger and Phil Jones for the trip.

Marcos Rojo, Nick Powell and Antionio Valencia are all on the treatment table, while Luke Shaw is out until June.