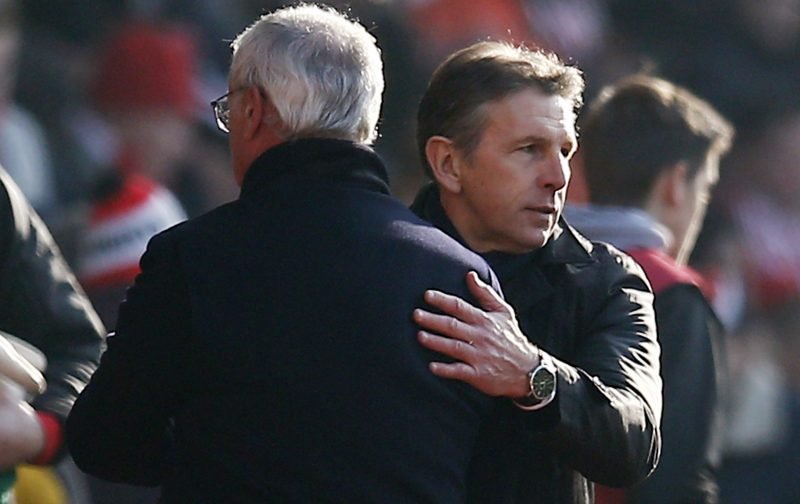 Southampton picked up their first Premier League win of 2017 and ended a run of four straight losses with a comfortable 3-0 win over champions Leicester City at St. Mary’s Stadium.

Midfielder James Ward-Prowse opened the scoring in the first half when his curled effort across Kasper Schmeichel nestled in the far corner, before Jay Rodriguez finished from close range to go into the break 2-0 up.

Claude Puel’s side were in the driving seat throughout and made it 3-0 when Dusan Tadic scored from the spot after Shane Long was fouled late on.

The hosts dominated the opening stages, with Jay Rodriguez, Nathan Redmond and Pierre-Emile Hojbjerg all spurning chances in the opening 20 minutes.

With the lion’s share of the ball and chances racking up, Claude Puel’s side took advantage on 26 minutes when Cedric Soares found England U21 captain James Ward-Prowse in the box who, in turn, curled an effort across Kasper Schmeichel and into the far corner, with Three Lions boss Gareth Southgate watching from the stands. 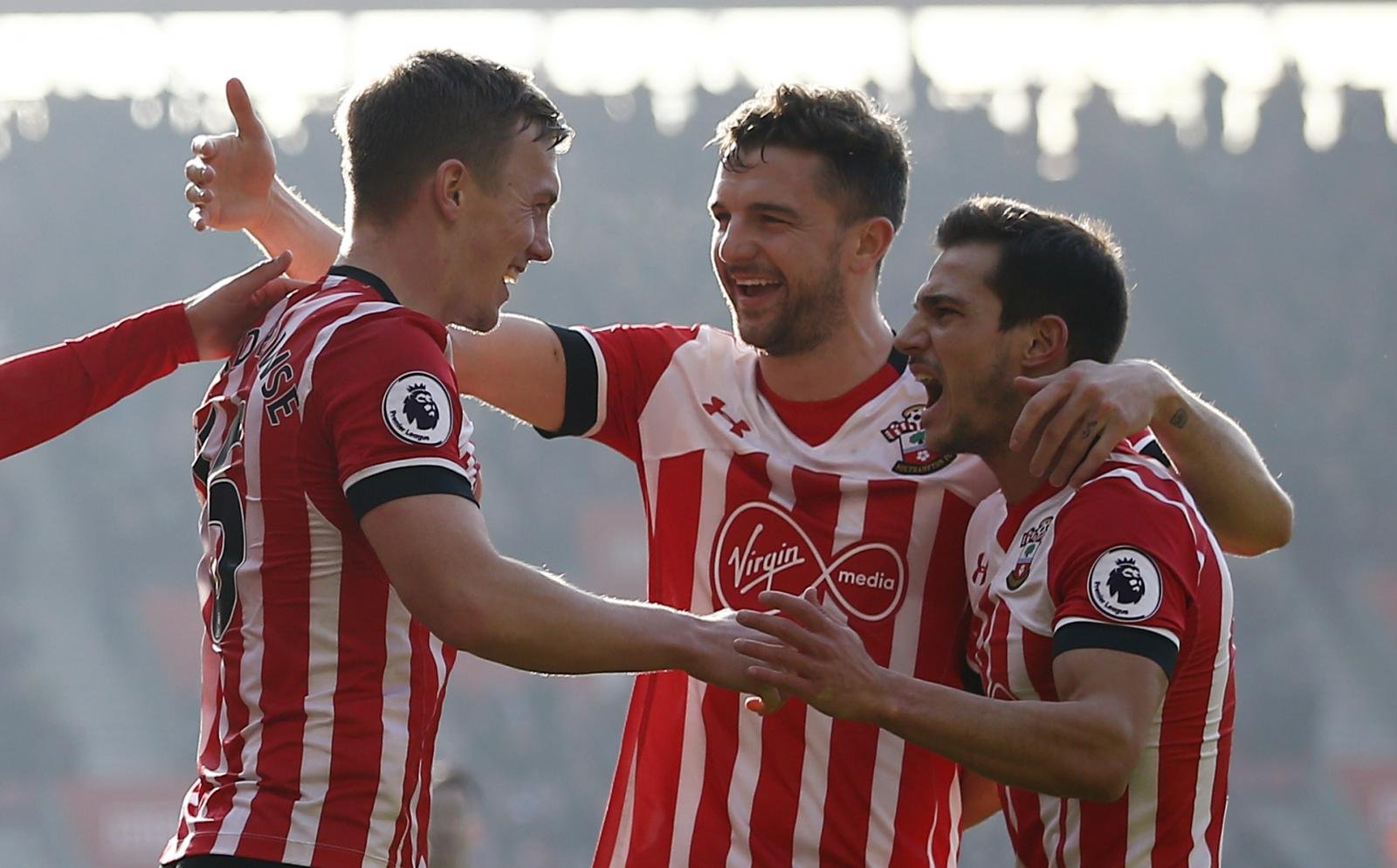 Having taken the lead the Saints continued to dominate with Leicester’s best chance of an equaliser coming when Cedric brought down Shinji Okazaki on the edge of the area. However, Demari Gray’s free-kick was aimed perfectly at the middle of the wall.

The hosts doubled their lead with minutes to go before the break when, from Ward-Prowse’s deep free-kick, Maya Yoshida knocked the ball down into the path of Jay Rodriguez who volleyed home from a tight angle, more for the England gaffer to take in.

Into the second half and it was much of the same, with Saints having all the chances in the early exchanges, coming close when Dusan Tadic found Hojbjerg, but the Dane fired wide of the mark.

A moment to look away for the home fans when, with 54 minutes one the clock, defender Virgil van Dijk was forced off through injury. With Jose Fonte now at West Ham, youngster Jack Stephens took the place of the Dutchman.

Despite Ranieri’s changes, with Albrighton replacing Mendy at the break and then Musa coming in for Okazaki later on, the home side continued to dominate, with another chance falling to Jay Rodriguez who couldn’t get enough on his header, which was straight at Schmeichel.

The hosts had the ball in the back of the net for a third time when Wes Morgan put the ball into his own goal, only for the linesman to save the skipper’s blushes and raise his flag.

With Puel making his final change when Shane Long replaced goalscorer Jay Rodriguez, the Saints continued to dominate pushing for a third to see off the champions.

The Irishman was soon at the centre of things when he burst into the box and was brought down by Leicester captain Wes Morgan, Simon Oliver wasted no time in pointing to the spot and Saints had the perfect chance to wrap things up.

Serbian playmaker Dusan Tadic, who hadn’t scored since a 3-0 win over West Ham in September, stepped up and duly converted, all but sealing the win for Puel’s side. 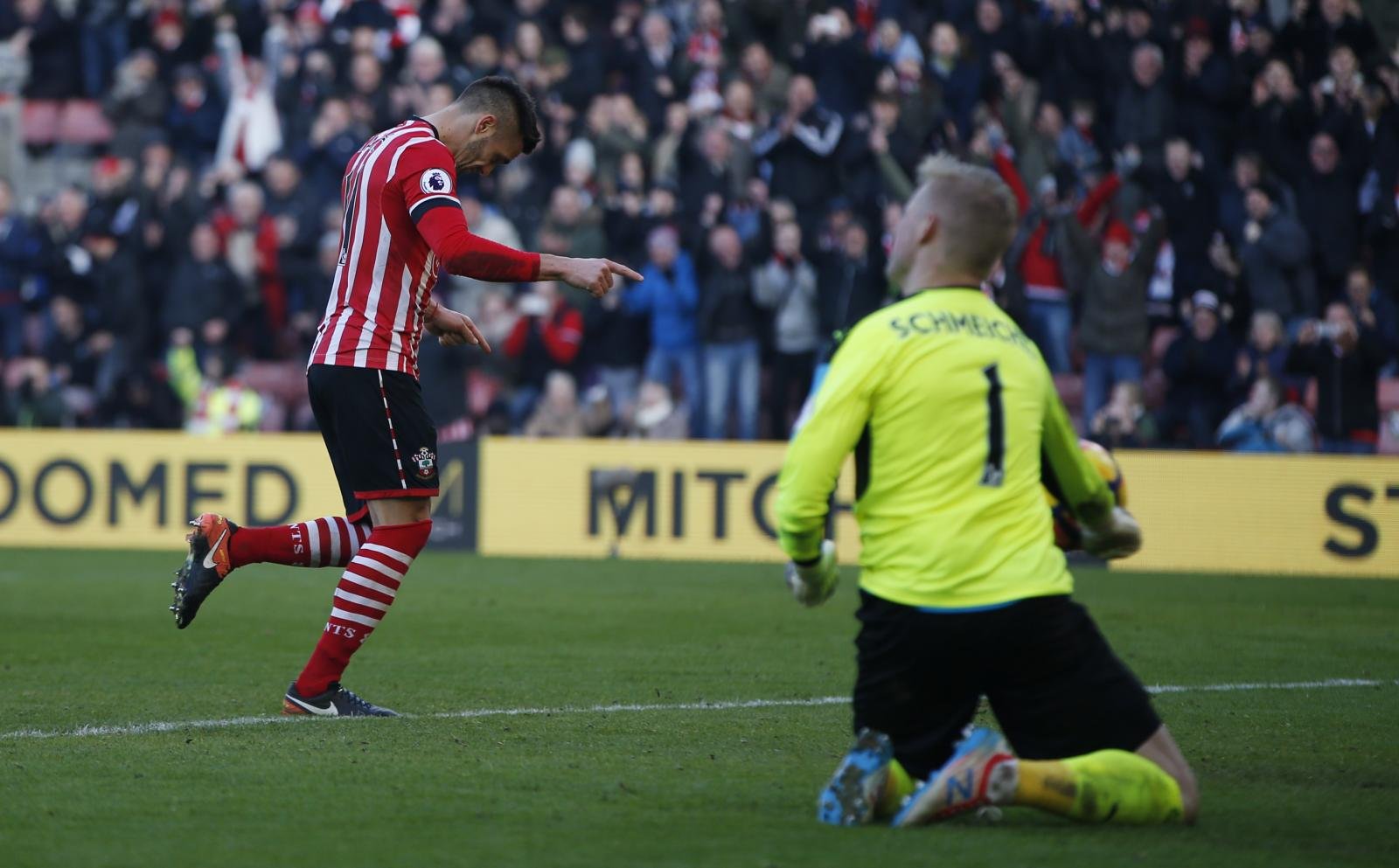 With three points secured the home side continued to press and could have had a fourth, with Shane Long twice going close in the closing stages.

The victory takes the southerners up to 11th in the Premier League and sends them to Anfield for the second leg of the EFL Cup semi final in high spirits.