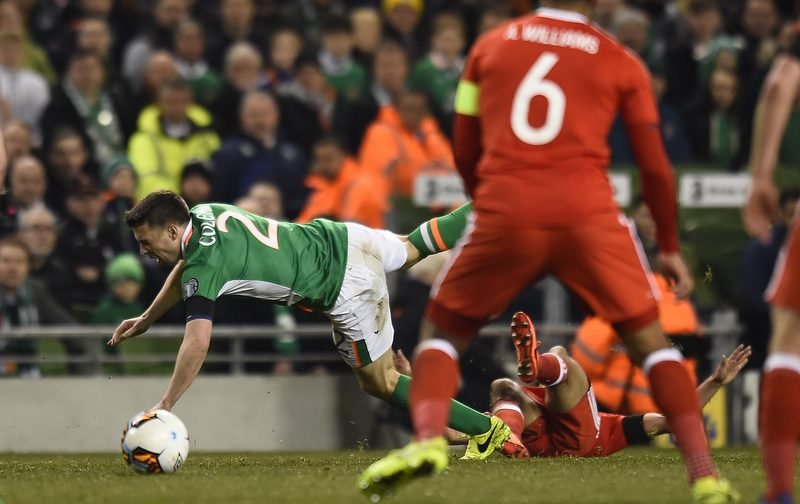 The 28-year-old was given oxygen before being carried off on a stretcher following a horrible challenge from fellow defender Neil Taylor (Aston Villa) in the 68th minute.

Full-back Coleman, who earned his 44th cap for Ireland last night, has scored four goals and provided four assists in 28 appearances in all competitions for Premier League side Everton.

And, with The Toffees pushing for a top five finish in the English top-flight standings, as well as facing Merseyside rivals Liverpool on April 1, Everton supporters were understandably distressed by their defender’s horrific injury.

Here’s how a selection of Toffees supporters reacted on Twitter…

@Everton our hero both club and country 60 grand Seamus Coleman

@Everton Get fixed soon Seamus, you’ve been blinding all season. Lads, time to rally and get into the top 5. Speedy recovery matey!

@Everton all the best for Seamus Coleman. Absolutely heartbroken. Now win the derby next week for him.#onefamily

Then, there is always that one diehard fan who oversteps the mark…

@Everton get Moshiri to hire an assassin for Neil Taylor xoxo