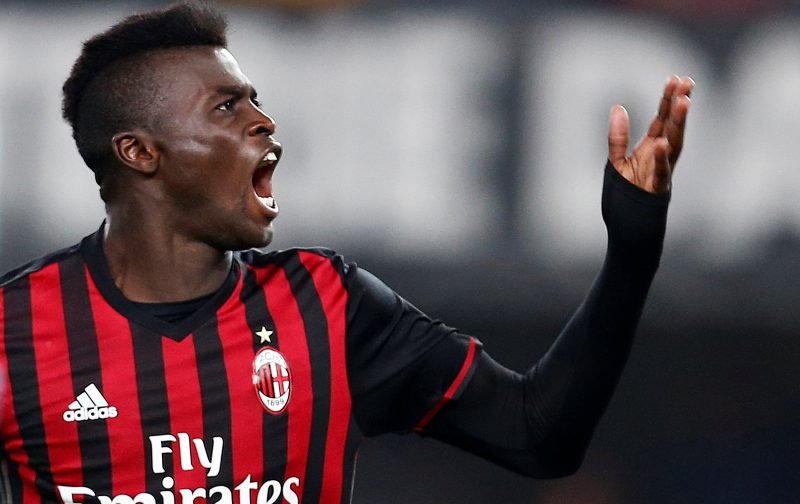 AC Milan have indicated that Everton target M’Baye Niang is on his way out of the San Siro.

According to a report in The Sun the French striker has been left out of the Milan squad to face Juventus in the Coppa Italia with claims that he is already on his way to discuss a deal to move to England.

West Ham and Crystal Palace have also been credited with an interest in Niang but if it comes down purely to finance he’ll end up at Everton.

The Frenchman joined AC Milan as an 18-year-old and has been on loan at Genoa and Montpellier as he attempts to fulfil his potential.

Everton boss Ronald Koeman has been keeping tabs on Niang and is convinced that his physical strength would be more suited to English football than life in Serie A.

With money flowing through the English game Milan are ready to cash in and sell the striker rather than try to compete with the sort of package that Everton can offer.