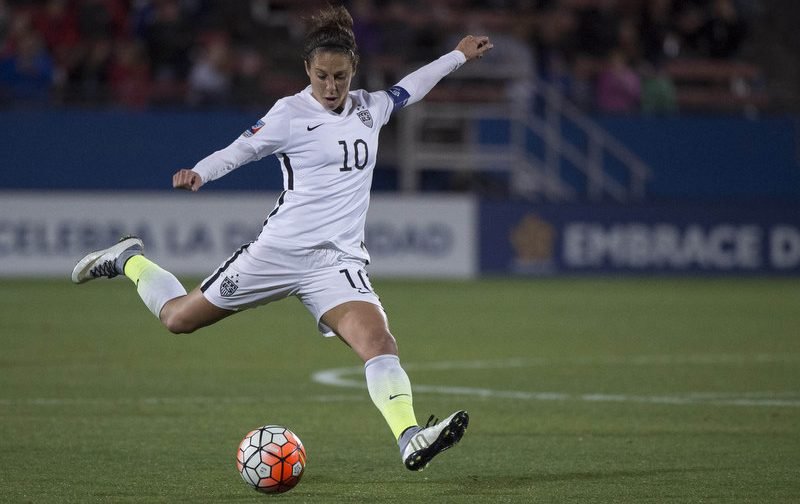 A Carli Lloyd goal, on her Champions League debut, was the difference between Manchester City and Fortuna Hjorring in their quarter-final clash.

The breakthrough came just after the half-hour mark as she headed a Jane Ross cross past Maria Christiansen in the Danes’ goal.

That away goal could make all the difference, City now play hosts for the second leg next Thursday evening, at the Academy Stadium.

Lloyd was obviously delighted afterwards, telling CityTV, “It was awesome.

“It was a great team effort – Jane served a world-class ball in, and I just got on the end of it.

“We got the job done, we got the away goal and the win, and now let’s focus on the next one.”

Proud to be apart of this group! NEXT @ManCityWomen #ChampionsLeague pic.twitter.com/Ljk8H1oyak

The twice FIFA World Player of the Year made her competitive debut for City last weekend against Reading in the Women’s FA Cup, and confirms that she is now fully settling into English football.

“I’m getting closer with the girls, I think it’s nice to be on an away trip because you get to know everyone a little bit more.

“It’s been fantastic – top to bottom.”