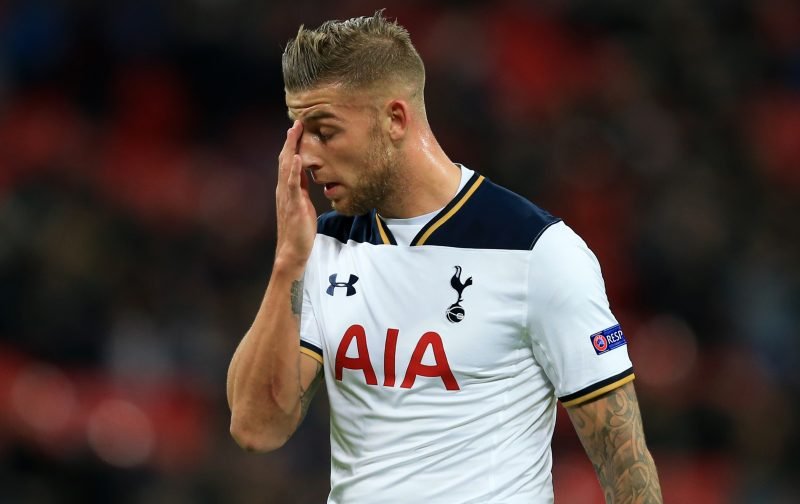 Mauricio Pochettino has played down the injury which forced centre-back Toby Alderweireld to limp off against Manchester City on Saturday.

The Belgium international was hooked during the 2-2 draw after suffering a hamstring injury, but Spurs boss Pochettino has assured fans that it’s nothing serious.

“He felt tight in his hamstring but I don’t believe it’s a big issue, “the Argentine told Tottenham’s official website. “We’ll know better in a few days but it doesn’t look bad.”

The North Londoners are already short on options at the back. Earlier this week Jan Vertonghen  was ruled out for a minimum of six weeks after sustaining ankle ligament damage in the 4-0 victory over West Bromwich Albion on January 14.

Pochettino has confirmed Alderweireld will go for further scans over the next couple of days to find out the extent of the hamstring problem.

Meanwhile, the tactician will be readying his side for their FA Cup fourth round clash with Wycombe on January 28.