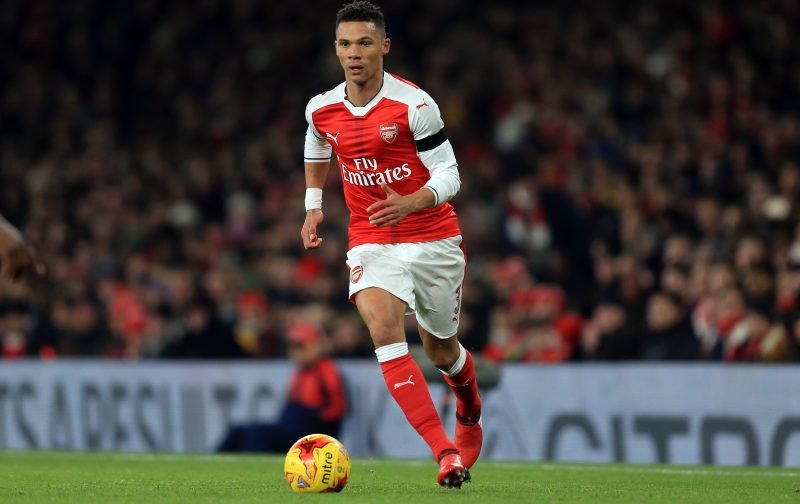 The England international, who picked up a knock in Arsenal’s clash with West Brom on Boxing Day and was forced off, has spent the majority of the past couple of seasons behind Spaniard Nacho Monreal in the pecking order at The Emirates.

Considering his standing withing the squad it could well be a deal that Wenger takes in order to strengthen his side for the Premier League and Champions League run-ins.

The 27-year-old, a graduate of the Gunners academy, has just 18 months left on his current deal in north London, meaning that the Eagles could get the full-back for a reduced fee whilst his current club want to cash in on him.

Big Sam is reportedly in the market for an experienced left-back and considering Gibbs is settled in London, with international experience and over 130 Premier League appearances under his belt, it could be a perfect deal for all parties.