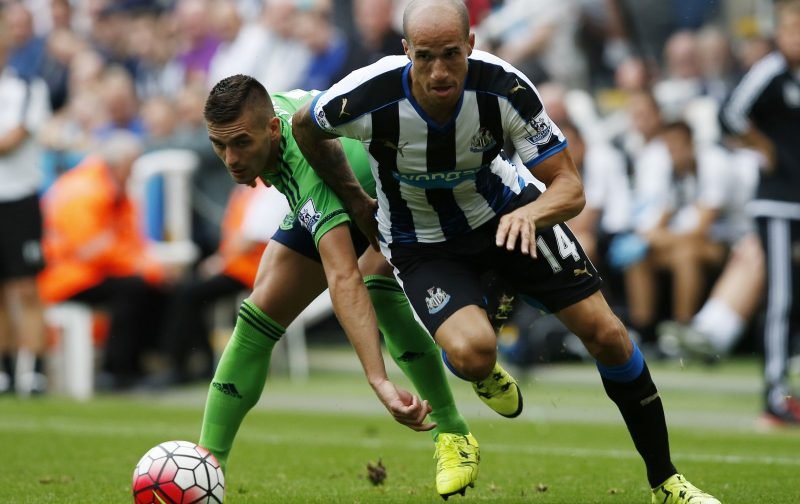 Crystal Palace have been linked with a move for former Newcastle midfielder Gabriel Obertan.

According to a report in The Sun the 27-year-old is available on a free transfer after cash problems at Anzhi Makhachkala.

Sam Allardyce has grown increasingly concerned about the delays in bringing players in as he attempts to put together an escape from the relegation battle.

With Obertan now a free agent Palace only need to strike a deal with the player.

Sir Alex Ferguson brought the midfielder to England in 2009 but after two seasons at Old Trafford Obertan moved on to try his luck at Newcastle.

Injury restricted his opportunities at St James Park but he was a regular for Anzi until the winter break.

With no transfer fee involved Allardyce could turn the deal around quickly and bring in a player ready made for the English game- with the clock ticking down to the close of the transfer window the Palace boss is rapidly running out of options.