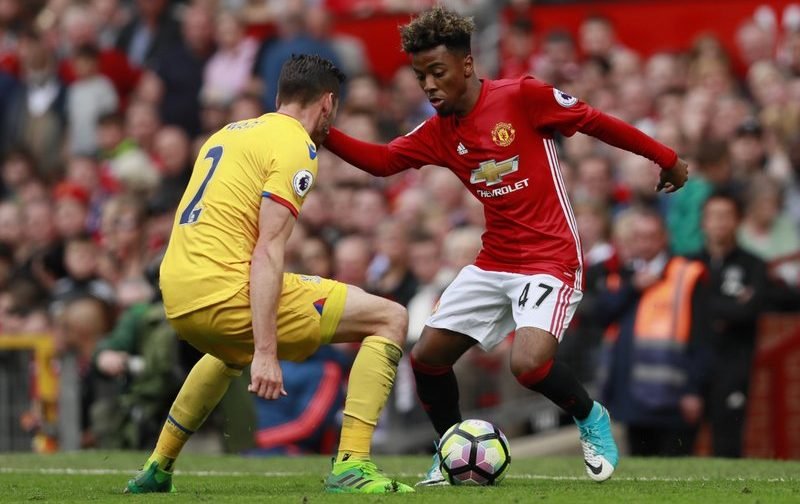 Manchester United have announced that highly-rated midfielder Angel Gomes has signed his first professional contract with the Premier League club.

The Reds Devils, who defeated AFC Bournemouth 1-0 at Old Trafford in the top-flight this evening, have rewarded the 17-year-old for his impressive performances within the club’s youth ranks, and having made his first-team debut inside The Theatre of Dreams against Crystal Palace on the last day of the 2016-17 campaign.

Gomes, who has been with United since the age of six, told the club’s official website, “Manchester United has always been a big part of my life.

“I have been with the club since the age of six and it was a proud moment for me when I made my first team debut.

“This club is renowned for giving home grown players opportunities to progress into the first team and that was a major factor in me signing my first professional contract at this great club. 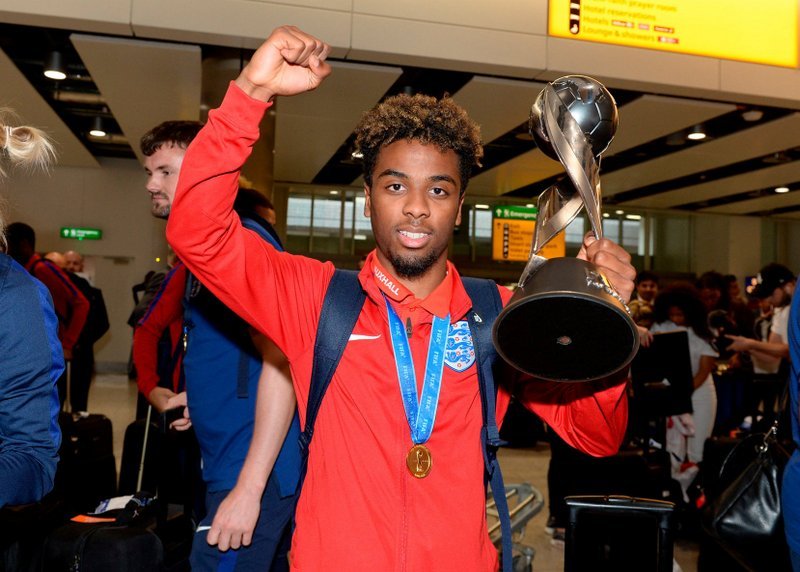 England Under-17’s Angel Gomes poses with the trophy during the homecoming for the England team after their victory in the FIFA Under-17 World Cup Final.

“I am still young but am looking forward to continuing my development with the help of the coaching staff and I will take every opportunity that comes my way.”

Gomes, who was part of England Under-17s’ World Cup-winning side earlier this year (pictured above), is yet to feature for Jose Mourinho’s first-team squad so far this season, but has scored five goals in 10 games for the Under-18 side and in the UEFA Youth League.

Manager Mourinho added, “I am delighted that Angel has signed his first professional contract with the club.