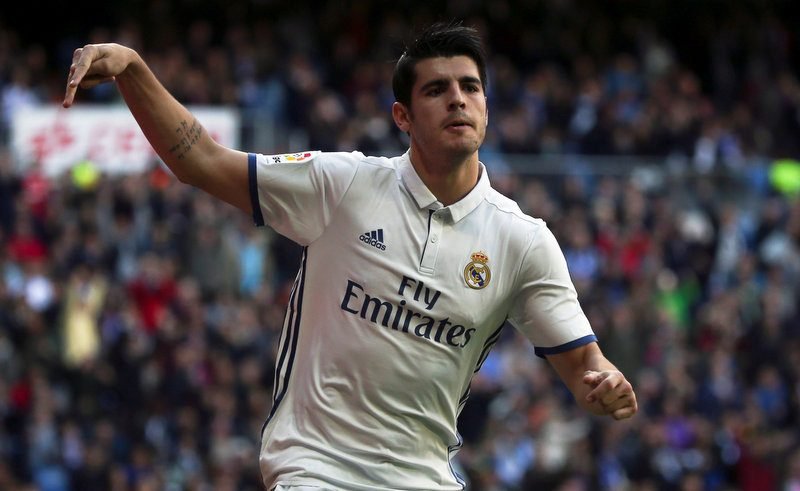 Chelsea are reportedly ready to replace Diego Costa with fellow Spain international striker Alvaro Morata, according to The Sun.

The Premier League side, who currently sit 10 points clear at the summit of the top-flight standings, are understood to be willing to offload forward Costa this summer, with The Blues weighing up a move for Real Madrid star Morata.

The 24-year-old, who has 18 international caps for his country, has scored 13 goals and provided four assists in 33 appearances in all competitions for the La Liga giants so far this season.

The report suggests Chelsea boss Antonio Conte has already made the decision to sell fellow Spaniard Costa ahead of the 2017-18 campaign, after he was the subject of a world-record offer from China back in January.

They also claim Morata could cost the Premier League leaders around £35m this summer.

Morata has netted 24 times in 85 appearances for Madrid during his two spells at the Bernabeu.