Are the relegation fears beginning to ease for Crystal Palace? 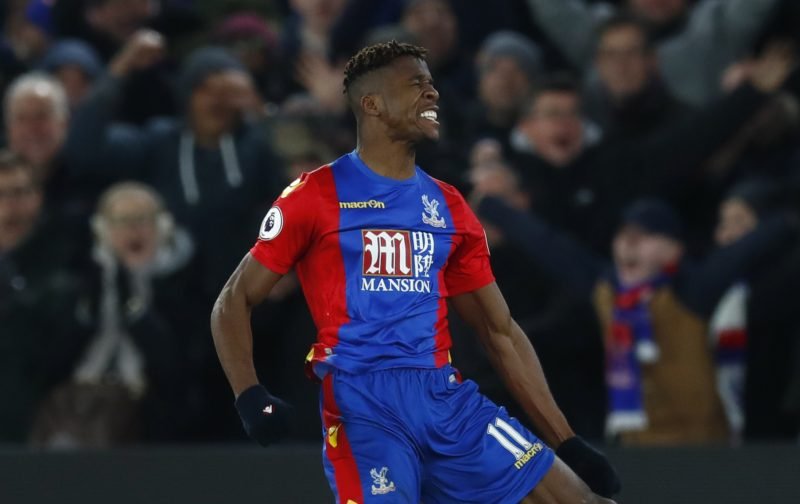 Crystal Palace finally secured back-to-back wins in the Premier League for the first time since September with successive clean sheets against Middlesbrough and West Bromwich Albion.

With three victories and three clean sheets in their last five league games, the future seems a bit brighter. With 11 games left until the end of the season, Palace are finally starting to play like a Premier League team and most importantly looking like a side full of spirit and confidence.

Wilfried Zaha relishes each game he plays in and gives 110%, no matter who stands in his way, and his performances in recent weeks show exactly why the club and the fans want to keep hold of their star man in the summer.  The Eagles lost him once and they don’t want to lose him again.

Suddenly there seems to be a positive energy around the players, the manager and the club. The team are, after a long wait, adapting to Sam Allardyce’s philosophy. The manager made it clear that the players needed to work on the basic aspects of their game so they could build on from there and it’s now working for both parties. The partnership has taken its time to fully get going but as the season draws to a close, the south Londoners need it to work now more than ever.

Victory last weekend away at the Hawthorns was an unexpected one but it shows just how far the team have come over the last few months. It was only West Brom’s fourth home defeat of the season and their first defeat in six league games.

Tony Pulis’ side were very much one of the in-form teams in the league and Allardyce’s men completely dominated the 90 minutes away from home and showed the fans what they have been missing this season. Two excellently crafted goals from Zaha and Andros Townsend earned the club a 2-0 win and it was arguably the most impressive result of this campaign to date.

The club matched the Baggies throughout, displaying that little bit of extra class to get the two goals and on the final whistle you could see the relief and confidence in the players. Surrounding each other and embracing their team mates during the celebrations is what the players needed, that togetherness and camaraderie is what’s vital to help beat the drop.

If the club had made the trip in the last month or so we could have seen a completely different result. Morale was low and goals were being conceded from almost every shot and set-piece, however, those issues seem to have been addressed.

Mamadou Sakho was once again excellent at the back for Palace. He cut out almost everything that was thrown at him in the box and man-marked Salomon Rondon out of the game, leaving the forward men without an inch of space during the full 90 minutes.

A win against Watford at home this weekend could send the club up to 15th place, four points above the drop, with a game in hand on the teams around them. The defensive partnership of James Tomkins and Sakho is blossoming each week and club captain Scott Dann really looks like he has his hands tied at the moment. If the duo continue their fine form Dann is going to struggle to cement a starting place.

The next step now is to continue this fine form and produce results at home as well as away. Victory on Saturday will be the first back-to-back home wins of the season and it’s important the club get a result with fixtures against Chelsea and Liverpool coming up in the next few weeks.

The table is beginning to look better but it still isn’t perfect, let’s just hope the club still put points on the board and ease themselves away from the bottom three.