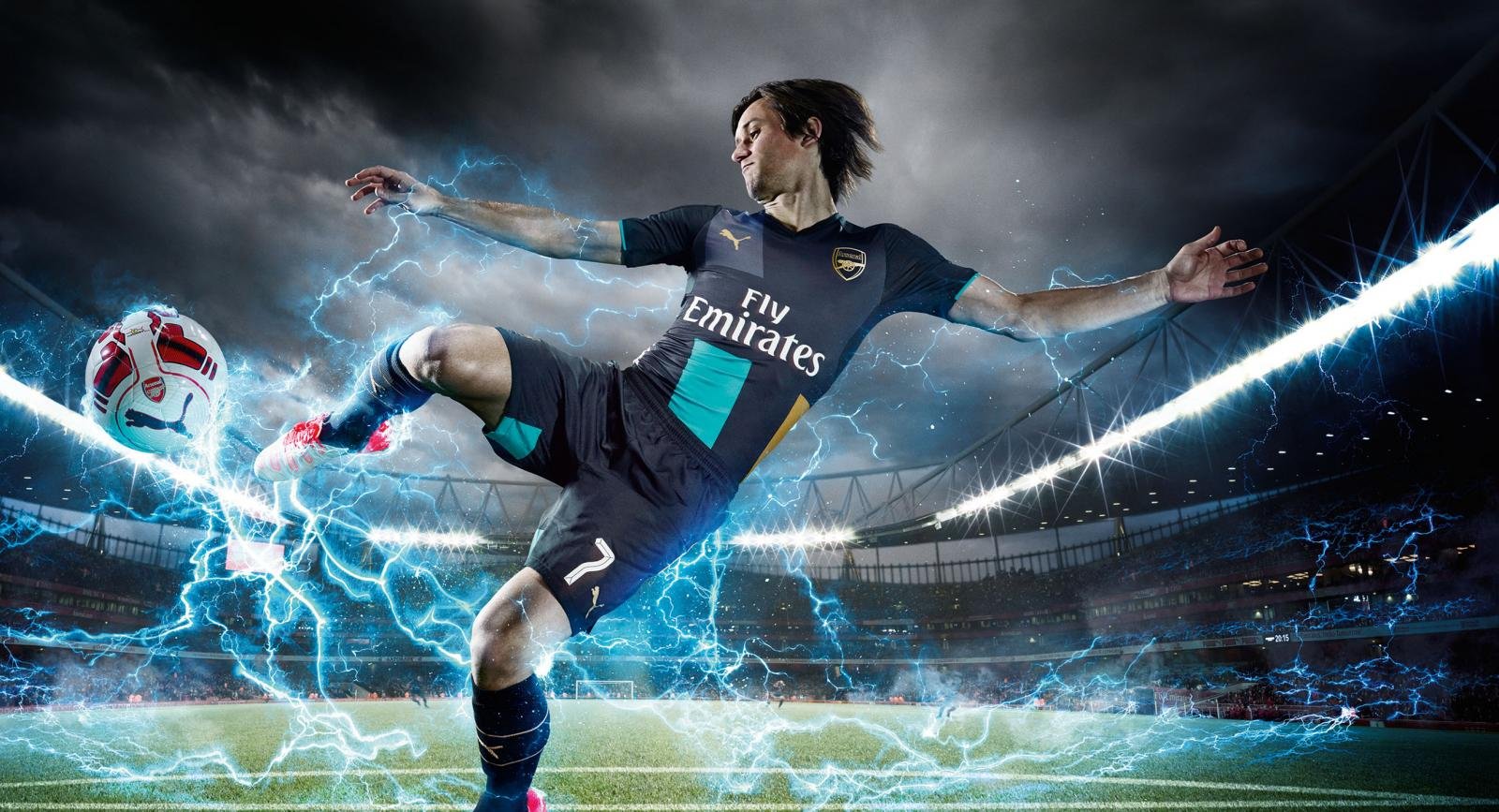 The strip, which will be worn by the club’s first-team in away games of cup competitions, including the UEFA Champions League, is the third and final new strip for this campaign, following the home and away shirt launches in June and July.

The new cup kit features a modern interpretation of a classic football sash, a diagonal stripe across the chest. PUMA’s new design however is modernised through the addition of more geometric stripes, chosen in the seasonal colours white, victory gold and capri breeze blue on an overall anthracite base. As with this season’s home and away shirt, the cup shirt includes PUMA’s classic Form Strip as a mesh panel on the sleeves.

The colour gold is featured across all designs of the three 2015/16 kits. The new cup kit features gold PUMA cat logos on the chest and both sleeves, being complemented through an all gold Arsenal logo on the opposite side. Finishing touches are the V-neck, blue sleeve hems and underarm mesh inserts that allow for extra breathability.

Gunners full-back Héctor Bellerín said: “I really like the new shirt, especially the colour as I feel it gives us an even more powerful look. The fit is always great with the PUMA shirts, and gives us good performance benefits. We are excited to wear the shirt in cup competitions this season, especially the Champions League.”

PUMA’s 2015/16 Arsenal campaign Powered By Fans, represents the importance of Arsenal’s fans to the club and players. The fans play a major role in the performance of the team and the campaign represents this energy and how it can motivate and energise the players.

All three 2015/16 Arsenal kits and the full collection including fan wear is now available to purchase online at www.puma.com and www.ArsenalDirect.com