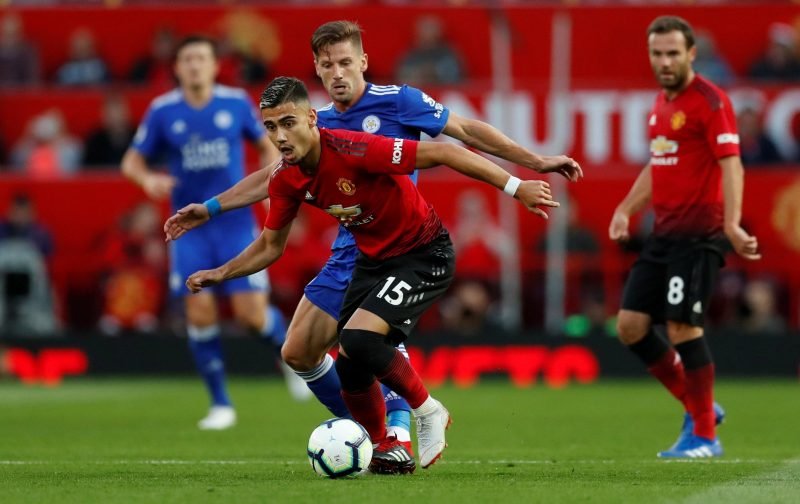 Arsenal and Chelsea are interested in signing Manchester United midfielder Andreas Pereira, according to the Mirror.

Despite starting the opening two Premier League games of the season, the 22-year-old has struggled to secure regular game time.

The one-time Brazil international has made just 18 appearances in four years for the club as he also experienced season-long loan spells at both Getafe and Valencia.

Now with just six months left on his contract, the Red Devils, who have the option to trigger a one-year extension, are thought to be preparing to let the Belgium-born playmaker move on.

This has reportedly alerted Premier League rivals Arsenal and Chelsea, who are both keen to add to their squads.

Monaco, Inter Milan and ex-loan club Valencia are also thought to be monitoring the situation, but the player is keen on staying in England.

The fee for Pereira, who has played six times this term, is expected to be around £10million plus performance related add-ons.