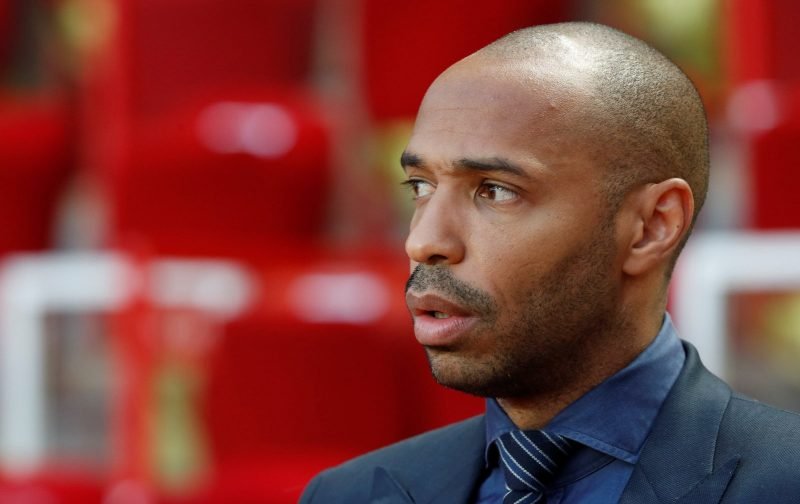 Thierry Henry is set to become the new Aston Villa manager, with John Terry to be his assistant, according to the Daily Mail.

The Arsenal and Chelsea legends both interviewed for their first managerial role which became vacant following the sacking of Steve Bruce.

It is believed the Gunners’ record goalscorer edged out the ex-England captain for the top job at Villa Park due to the experience he’s picked up as the Belgium national team assistant.

However, it is understood that Terry, who called time on his playing career today after making 32 league appearances for the Villans as they reached the Championship play-off final last term, will join the Frenchman as his number 2.

Rumours circulated that owners Nassef Sawiris and Wes Edens were keen on appointing Henry in the summer, before deciding to stick with Bruce.

But after a run of just one win in 10 matches and mounting fan pressure, the experienced boss was shown the exit door following the dramatic 3-3 draw against Preston North End.

In their illustrious careers, Henry, 41, and Terry, 37, won seven Premier League titles and played over 1,100 English top-flight matches between them.