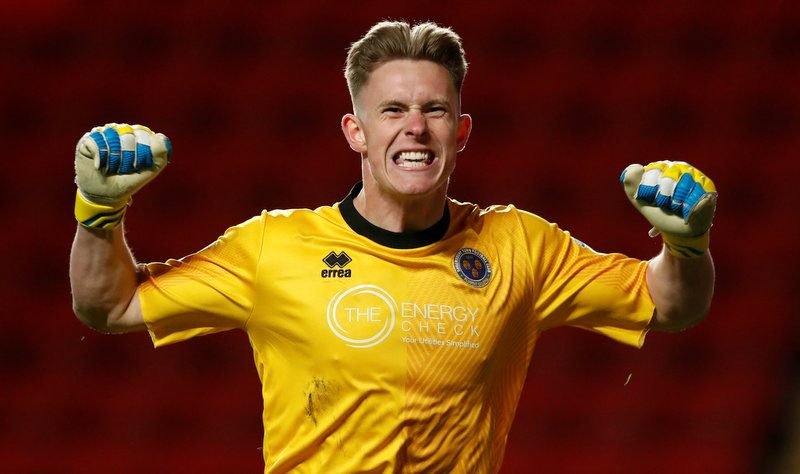 England Under-21 international goalkeeper Dean Henderson is set to sign a new two-year contract at Manchester United, according to the Daily Mail.

The Premier League side, who finished second in the top-flight standings last term, are expected to announce that their youth academy graduate has put pen to paper on a new two-year deal at Old Trafford, with the option for a further 12 months.

The 21-year-old, who has featured once for England’s Under-21 side, is understood to be attracting interest from Premier League rivals Arsenal and Chelsea.

Henderson, whose existing contract expires this summer, was loaned out to Shrewsbury Town last season, where he kept 19 clean sheets in 48 appearances in all competitions, before they lost to Rotherham United in the League One play-off final at Wembley Stadium. 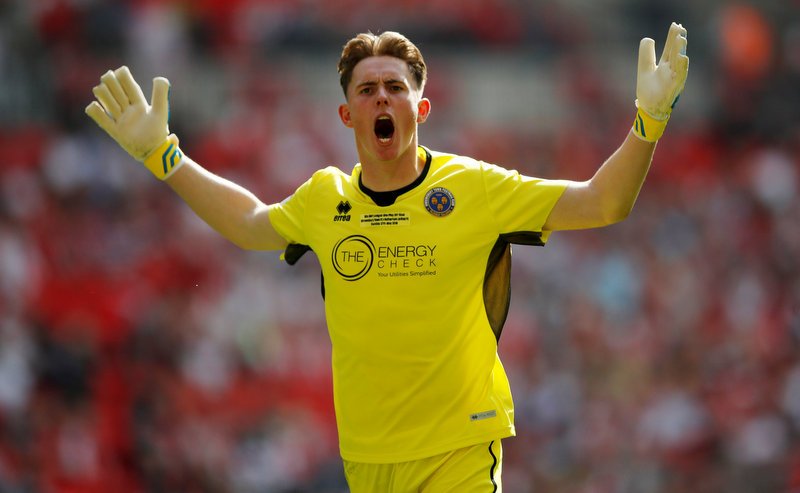 Dean Henderson whilst on loan at Shrewsbury Town.

Named in the PFA League One Team of the Year, Henderson earned many plaudits and rave reviews down at the New Meadow, alerting the likes of Arsenal and Chelsea to his possible availability.

However, the report suggests the Young Lions shot stopper will sign a new initial two-year contract at United, before being loaned out to the Championship for the 2018-19 campaign.

Bristol City, Leeds United and Stoke City have all been linked with his services ahead of the new season.