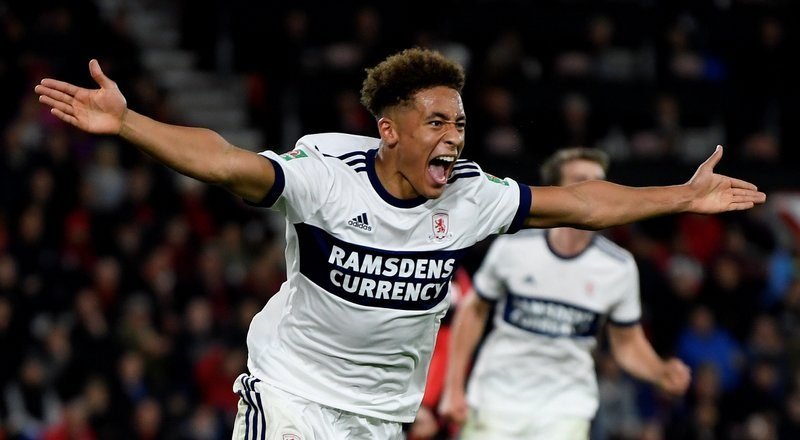 Arsenal and Everton are reportedly keeping close tabs on England Under-19 youth international starlet Marcus Tavernier, according to the Daily Mail.

The Premier League sides, who currently sit sixth and 15th in the top-flight standings respectively, have been impressed by the winger’s performances for Middlesbrough so far this campaign.

The 18-year-old, who has featured five times for England’s Under-19 side, has scored two goals and provided an assist in six senior appearances in all competitions for Championship side Boro so far this season. 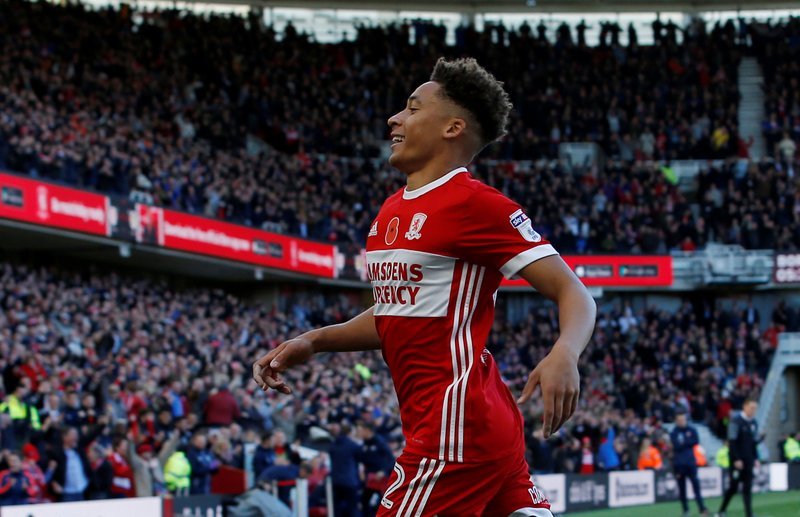 After scoring against Sunderland in the Championship and AFC Bournemouth in the EFL Cup this term, the report suggests a cluster of potential suitors are monitoring the left winger’s development.

In particular, Arsenal and Everton are said to be considering offers for the Young Lions forward ahead of the upcoming January transfer window, with Tavernier’s current contract set to expire in June 2018 at the Riverside Stadium.

Bournemouth and Championship rivals Aston Villa have also been linked with the Boro teenager.