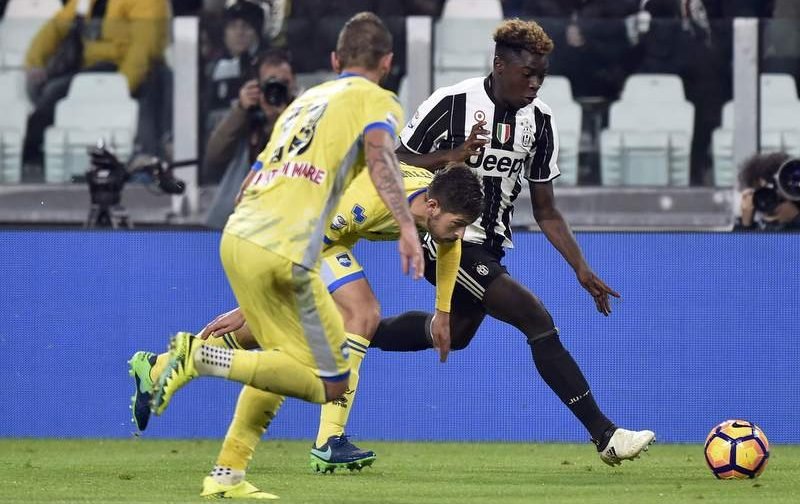 Arsenal and Manchester City are reportedly set to miss out on landing Italy Under-17 international starlet Moise Kean, according to Calciomercato.

The Premier League rivals, who currently sit fifth and third in the top-flight standings respectively, have both been linked with trying to lure the highly-rated forward away from Juventus.

The 17-year-old, who has already featured 14 times for Italy’s Under-17 side, has made three first-team appearances for the defending Serie A champions this season.

Kean, who made his professional debut for the Italian giants back in November after replacing Mario Mandzukic during Juve’s 3-0 win over Pescara, became the first player born in the 2000s to compete in one of Europe’s four major leagues.

Given his meteoric rise into the club’s first-team ranks, the likes of Arsenal, Man City and Ajax have emerged as potential suitors for the Italian gem, meaning Juventus are now expected to offer the striker his first professional contract in a bid to keep him in Turin.