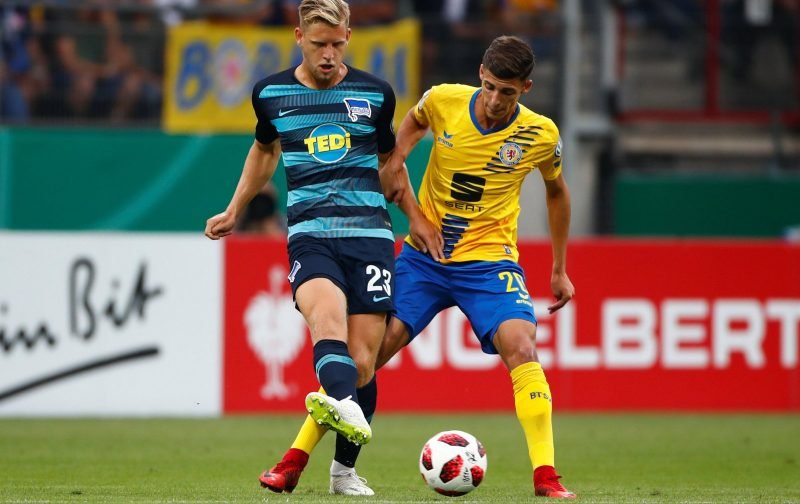 Arsenal and Manchester United are keeping a close eye on Hertha Berlin’s Arne Maier, according to The Sun.

The 19-year-old has become a regular at club level this term, making 16 appearances in all competitions.

And now the Bundesliga outfit’s starlet has now reportedly attracted interest from those at the Emirates and Old Trafford.

It is thought that the Premier League duo have been to watch Maier and will do so again when Hertha face Stuttgart next Saturday.

The Germany Under-21 international, who has been labelled the ‘new Toni Kroos’, is valued at around £15million.

However, with the potential the teenager has, his current side would want in the region of £30million before considering allowing him to move on.

A defensive midfielder by trade, Maier has played 38 times for The Old Lady.