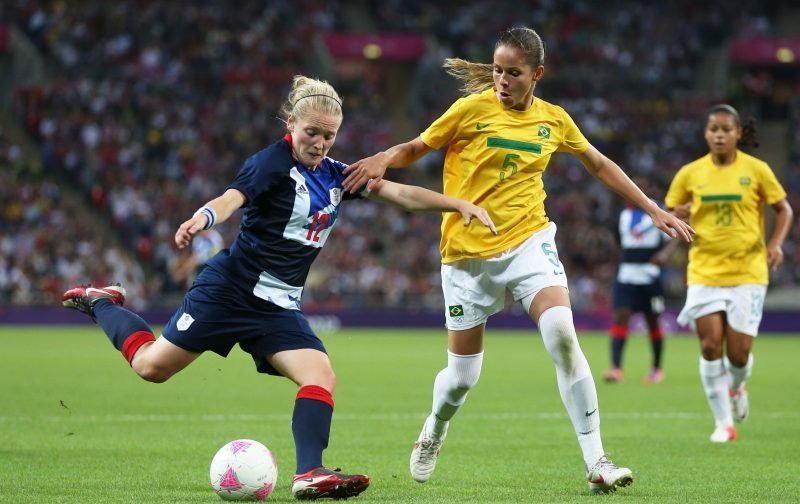 Arsenal and Scotland midfielder Kim Little has suffered a rupture to her anterior cruciate ligament, just weeks before the start of the European Championships.

The injury happened while in training with her club this week as they prepared for Sunday’s clash with Manchester City in the WSL1 Spring Series, and was confirmed on Thursday.

The Gunners head into their clash with the reigning Super League champions having won two and drawn the other three of their five Spring Series games, but are already four points behind City and five behind leaders Liverpool.

And they will have to try and bridge that gap without Little, with a brief statement from Arsenal including the sentence: ‘Our medical team will be working hard to ensure the Scotland international returns back to full fitness as soon as possible.’

Little’s Gunners team-mate and England vice-captain Jordan Nobbs wrote on Twitter that she was ‘gutted’ for her friend, describing her as a ‘world-class talent’.

26-year-old Little has over a century of international caps, and was also part of the Team GB squad for the London 2012 Olympic Games.

Scotland begin their campaign at the Euros on 19th July against England in Group D. They then face Portugal on 23rd July before concluding their group matches against Spain on 27th July.