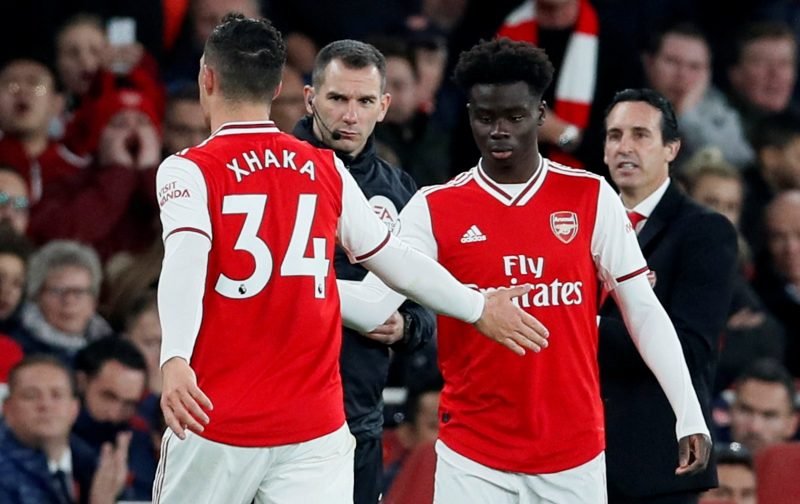 Arsenal captain Granit Xhaka lifts the lid on the anger he showed towards the Gunners fans last Sunday, making a statement through Arsenal’s official Twitter page.

Switzerland international Xhaka has been the talk of North London this week following his angry outburst directed towards the fans at the Emirates on Sunday.

Xhaka was subbed off during Arsenal’s disappointing 2-2 draw against Crystal Palace and following some boos and jeers from the fans, the midfielder let his anger show.

The following is a message from Granit Xhaka… pic.twitter.com/YG5lBKmQvi

However, this evening the 27-year-old has released a statement to the Arsenal fans reading:

“After taking some time to reflect on what happened on Sunday afternoon, I would like to give you an explanation rather than a quick response.

“The scenes that took place around my substitution have moved me deeply. I love this club and will always give 100 per cent on and off the pitch.

“My feeling of not being understood my fans, and repeated abusive comments at matches and in social media over the last weeks and months have hurt me deeply.

“People have said things like “we will break your legs”, ‘kill your wife’ and ‘wish that your daughter gets cancer’.

“That has stirred me up and I reached boiling point when I felt the rejection in the stadium on Sunday.

“In this situation, I let myself be carried away and reacted in a way that disrespected the group of fans that supports our club, our team and myself with positive energy. That is not my intention and I’m sorry if that’s what people thought.

“My wish is that we get back to a place of mutual respect, remembering why we fell in love with this game in the first place. Let’s move forward positively together.